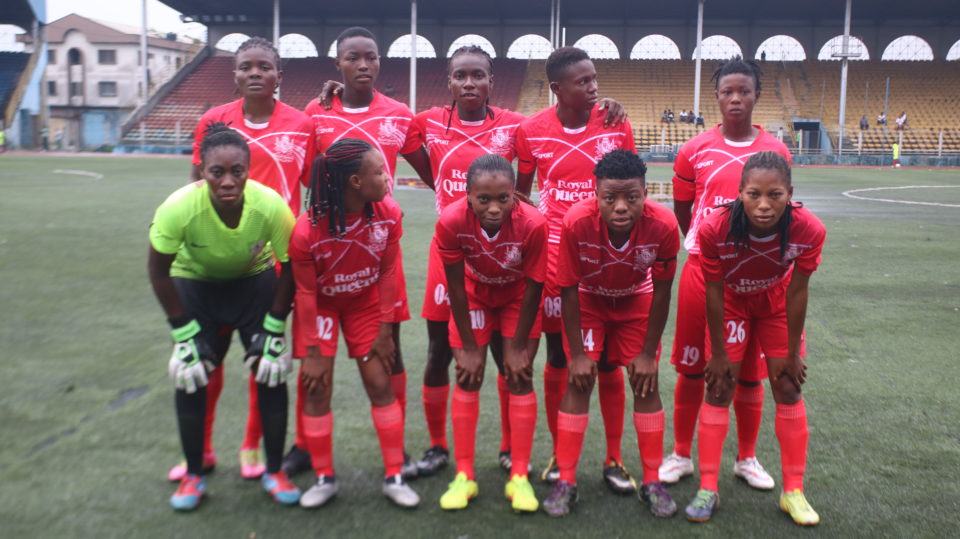 Royal Queens Midfielder, Adesina Rosemary is happy to have netted the only goal on Wednesday against Abia Angels that gave the Canadian Geese their first victory of the season

Rosemary who scored her first goal against Edo Queens slot home Chiamaka Okwuchukwu pass as the Canadian Geese Bounced back from a 4-1 defeat to Edo Queens on Matchday one of the Nigeria Women Football League with a victory against Abia Angels at the Warri Township stadium.

The determined Canadian Geese who wants to put a smile on the face of their fans after a disappointing 4-1 defeat in Benin got their breakthrough in the 73rd after series of attempt.

“Is a wonderful experience and it feels amazing scoring the only goal that gave us the three points in our home game, it also a collective effort from all the teammates most especially Chiamaka who was the pioneer leading to the goal”.

Royal Queens FC will be on the road to Uyo for the last fixture of the year 2020 with the target of picking a positive result in Uyo.