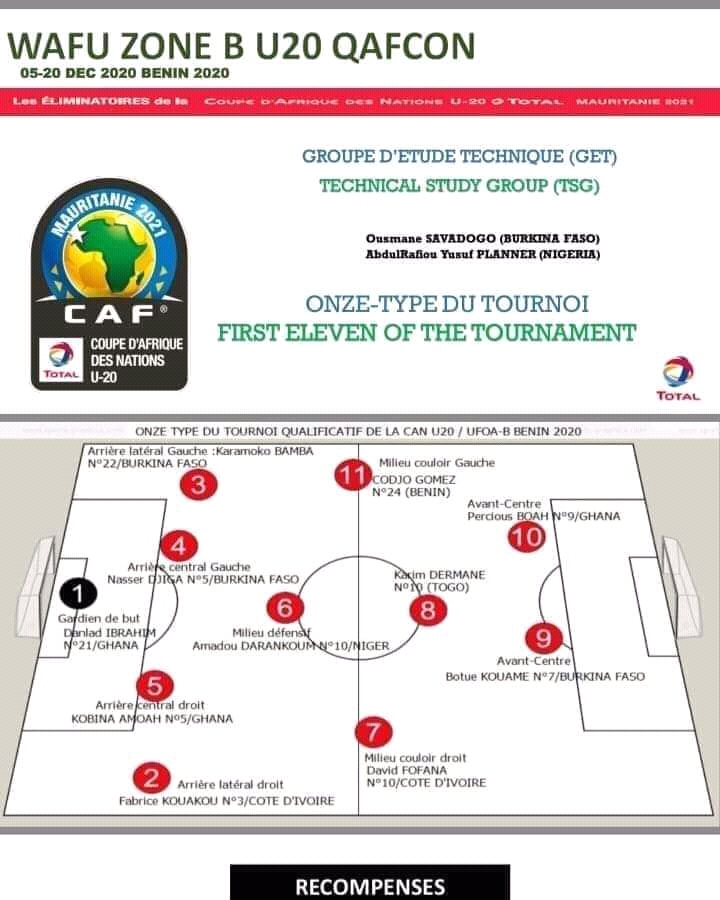 The young goalie was adjudjed the best goalkeeper at the just ended WAFU Cup of Nations staged in Benin.      Kotoko shot-stopper Ibrahim Danlad won the accolade following his exploits during the tournament.    His sterling performance aided the male national U20 team to win their first-ever WAFU Cup of Nations.  IMG 20201221 WA0022 Danlad featured in all matches for Coach Karim Zito’s side and displayed a five-star output during the tourney.   Ghana won the title after beating Burkina Faso 2-1 in the final.