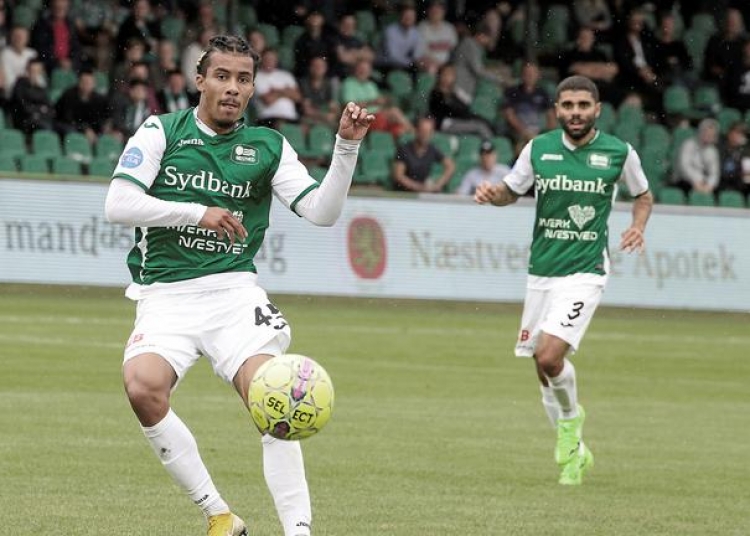 The 25-year-old left-footed forward has been a key cog in the setup of Danish manager Michael Schjønberg and has now been rewarded with another fresh deal by the club’s hierrachy following his remarkable performances at the Nord Energi Arena.

After appending his signature to the new deal, the former Helsingor goal poacher expressed joy over his contract extension with the Hjorring-based club and has thanked them for their kind gesture.

”I am very happy to extend my contract. I love being here and I thrive really well. I owe the club insanely much. The day after I got off on the wrong foot, they lifted me aside and told me they would definitely extend my contract. It is insanely good style and not least a huge vote of confidence from Vendsyssel FF. They have given me the best opportunities for a good rehabilitation and I am very grateful. I am highly motivated to get back on track and pay back,” Boateng told the club’s official website

Vendsyssel FF sporting director Ingo Winter also expressed joy for extending their romance with the 25-year-old striker despite being sidelined with a cruciate knee ligament.

”We are very happy to be able to extend the contract with ‘Boa’. Despite his serious injury, it was important for us to get this signature. “Boa” has shown us in previous weeks that he is an important part of the team and the Vendsyssel FF family off the field. Especially in these difficult times, we need characters like him,” Winter said on the same club’s forum.

Boateng joined Vendsyssel FF on a free transfer in 2019 after exhausting his contract with third division side Naestved Boldklub.

The Danish-born nimble left-footed striker is still eligible to play for Ghana at the international stage despite featuring for the Denmark U19 national team.