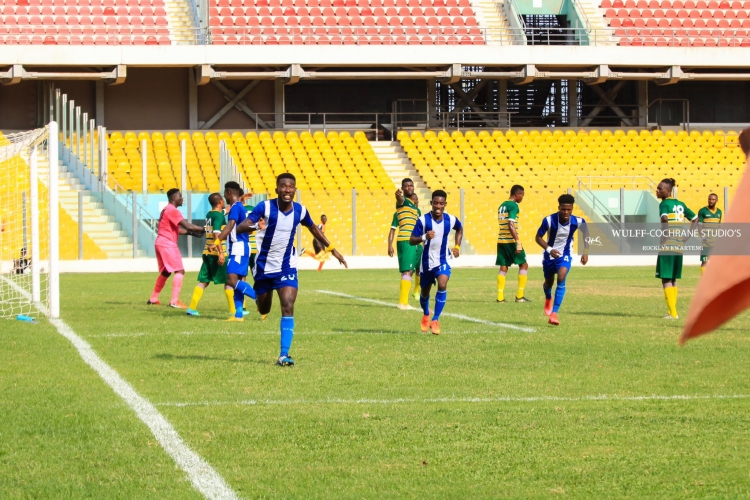 Accra great Olympics continued their impressive performance in the ongoing Ghana Premier League season to pick a vital point against Ebusua Dwarfs in their match-week four outstanding fixture on Thursday.

Accra Great Olympics were held to a 1-1 home stalemate by Ebusua Dwarfs at the Accra Sports Stadium.

The two side started the match on a good note as the game produced two goals before the quarters.

On the 12th minute, Charles Danso registered his first-ever league goal for Great Olympics to hand them the lead

The first half ended in a one-all draw as both clubs failed to make positive out of the numerous chances created.

In the second half, Great Olympics continued their impressive output as they were in search for the second goal.

In-form Gladson Awako squandered several goal glaring opportunities to hand them the match-winner in the second department of the match.

The match ended in a 1-1 draw at the Accra Sports Stadium.