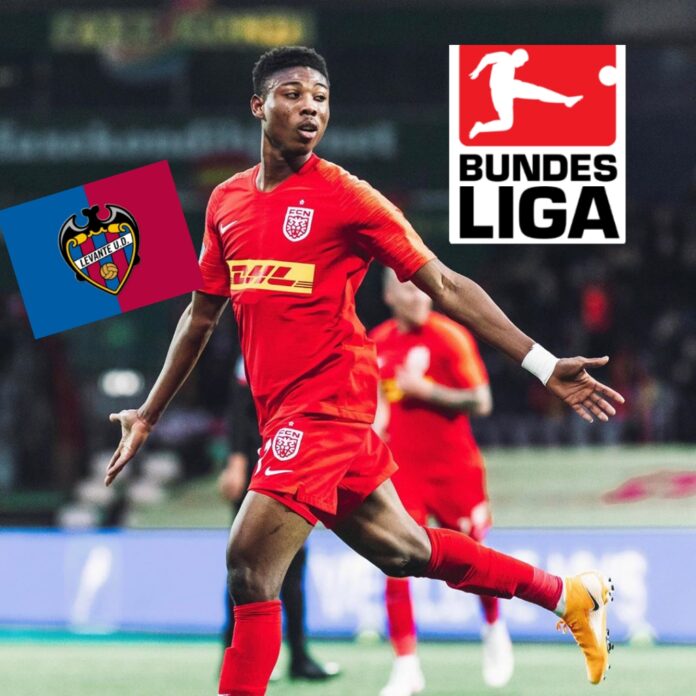 Abu Francis, who has taken the Danish Superliga (DSL) by storm this season, is being watched by Bundesliga top-flight sides ahead of the winter transfer window, according to German media reports.

The 19-year-old, who is yet to be capped by Ghana at the international stage, has scored 4 goals and provided one assist in nine appearances in the ongoing Danish top-flight for FC Nordsjaelland.

According to German football news outlet Fussballtransfers, the 19-year-old verstaile midfielder has been penciled down by Bundesliga top clubs and will make move for his services in next month’s transfer window.

Zonefoot.Net can also exclusively reveal that, the German Bundesliga clubs are not the only clubs, who have expressed interest in the Ghanaian youngster Abu Francis but they will face competition from Spanish La Liga side Levante UD.

UD Levante are in the market for a proven score after their strikers have not produced the goods this season in front of goal.

Francis is under contract with FC Nordsjaelland until June 2023.