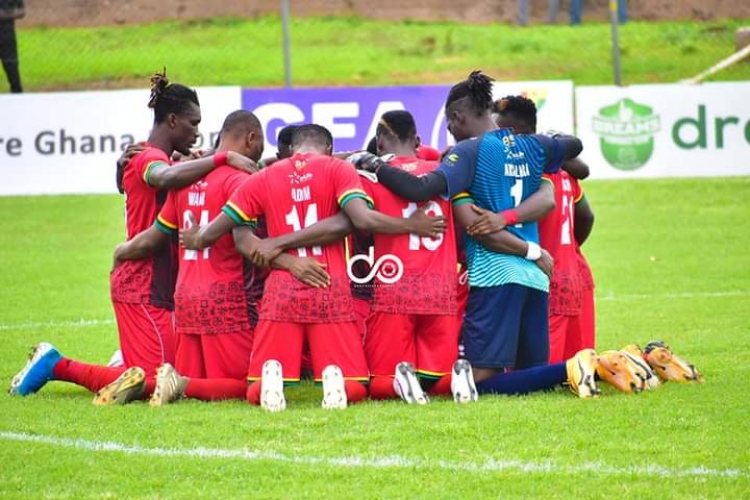 The Porcupines will look to get back to winning ways on Sunday when they play as guests of Medeama SC at the Tarkwa Akoon Park.     Recent defeat to Sudanese side Al Hilal has left many Kotoko fan diffident ahead of their game on today. With Johnson Smith’s credentials coming under scrutiny, everyone at Kotoko will know that picking up a win on Sunday is a must.   Here’s Zonefoot.net  thought on how City should line up Today.

Razak Abalora (GK) – He is gradually staking his claim in this Kotoko side.  He showed a great command in the box in games against Dreams FC and Al Hilal. His inclusion is a no-brainer.

Christopher Nettey (RB) –   Hasn’t been the creative force of nature we’re used to seeing this campaign but remains key to everything Kotoko do down the right.

Wahab Adams (CB) – After a torrid start to the season, Adams looks to be finding his feet again and he’ll need to be at his best to keep Ebenezer Ackhabi quiet.   Abdul Ganiyu (CB) – He has the ability to stabilize the Kotoko defence and is undisputed first choice.

Ibrahim Imoro (LB) – If Kotoko were to doll out their end of season awards right now, Imoro would be proud recipient of the Player of the Season. He’s been incredible, defensively immaculate and a driving force down the left hand side.

Kwame Adom Frimpong (CM) – Frimpong just keeps evolving. When he plays at the base of midfield, he is simultaneously the club’s engine, enforcer and metronome. Everything goes through him and his long balls from deep are growing in importance.

Abdul Latif Anabila (CM) – After a stuttered start to his Kotoko career, the former Ashgold man is beginning to settle in the Kotoko midfield. He really needs to play above himself to silent his critics.

Emmanuel Gyamfi (RW) – The winger has suffered a dip in form, but he’s still one of Kotoko’s biggest threats going forward.

Naby Keita (ST) – The few minutes he had against Al Hilal is enough testament of his ability. He needs to score to ward off any competition in the attacking department of the team.

Ibrahim Osman (ST) – The young forward has looked lively in the sporadic minutes he’s been afforded this season, and will see this as another opportunity to show he’s worth more starts.

Godfred Asiamah (LW) – Asiamah continues to impress on the left hand side, with his pace and willingness to get in behind a constant threat. He’ll be hoping to catch his gaffer’s eye with some resolute performances, this being a perfect opportunity.