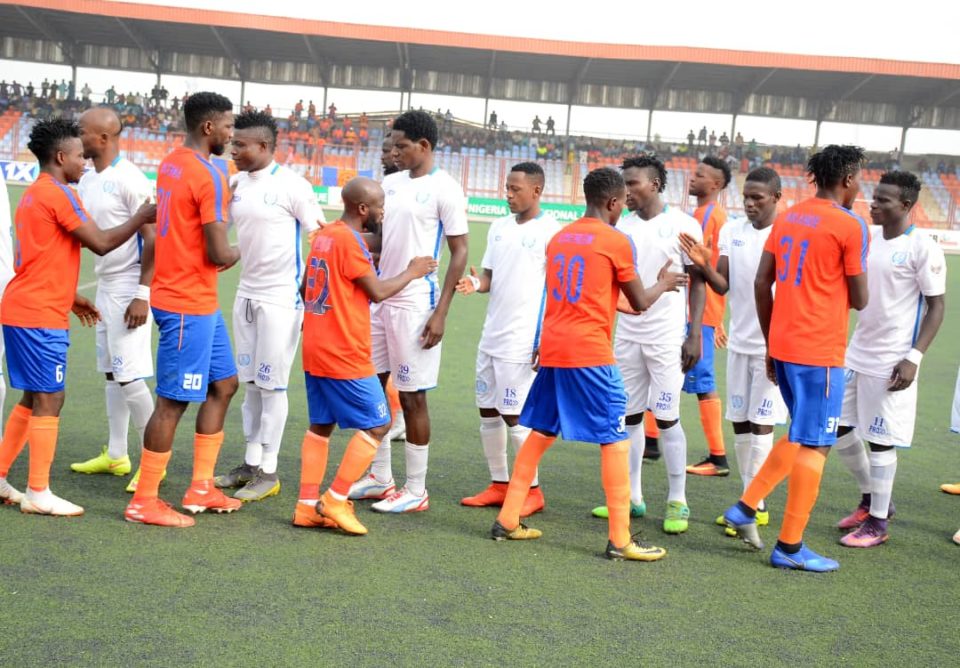 NPFL returns on Sunday, after over nine months of inactiveness due to COVID-19 global emergency, with Sunshine Stars among the clubs gearing up for the start of a season that has given the 2020 yuletide a welcome disruption.

The Ahmadu Bello Stadium (ABS), Kaduna will be the epicentre when the Owena Whales battle hosts, Jigawa Golden Stars.

It is a game that will mark the beginning of coach Gbenga Ogunbote second spell in charge of the Akure landlords following a largely successful first stint between 2010 and 2012.

Speaking with Sunshine Stars FC Media on the eve of the season’s opening round, The Oracle as the vastly experienced and tested coach is fondly called, affirmed his readiness for a positive start and give fans in Akure something to cheer about at the end of the campaign.

The Oracle stated: _”Every match is a serious game, Jigawa is not a bad side. We have done our best to make sure we represent the state and the Club very well and tomorrow we will do our best to possibly go home with a positive result._

_”We have done the little we can, and with the kind of mood the boys are in, they should be able to get a positive result. The target is to finish in appreciable position, a position that will make the government of Ondo State, the management and every lover of Sunshine Stars happy.”_

The visitors will be relying on the most of the core players from last season such as captain, Sunday Abe, Fuad Ekelojuoti, Bright Akpojuvewho, Seun Olulayo, David Ariyo, Waheed Adebayo, Kehinde Adeyemi among others to get the job done against Jigawa Golden Stars.

While Ogunbote hopes to have playmaker, Omo Jesu Ogunniyi available alongside some new signings in subsequent matches, bullish striker, Chinedu Udechukwu, recruited midway into the botched season will finally get the chance to impress in the orange and blue colours.

It is almost a year goals from Mohammed Suleiman and Wasiu Jimoh secured a 2-0 win for Sunshine Stars against Jigawa Golden Stars at the Ondo State Sports Complex, Akure in the sides most recent meeting.