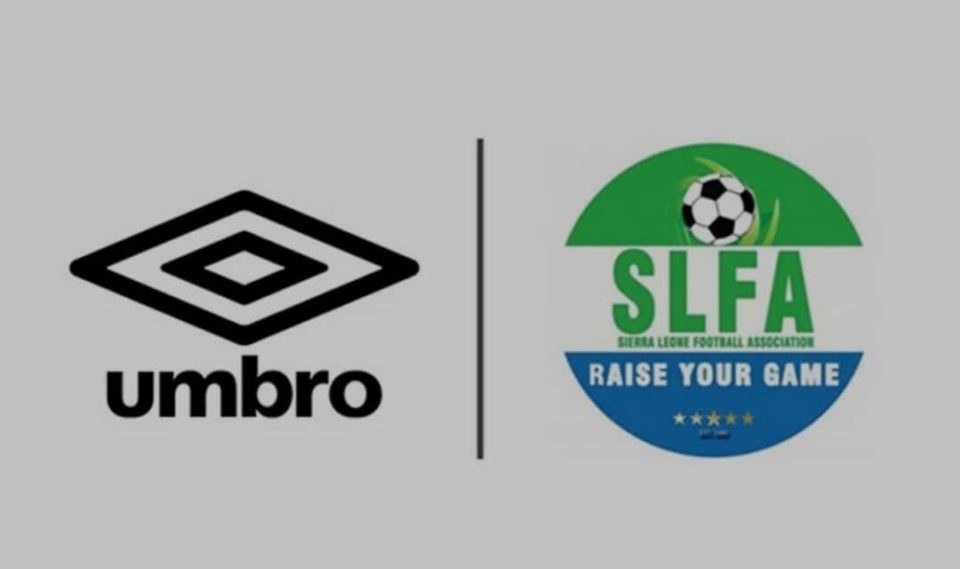 Umbro announce new partnership with Sierra Leone
The Leone Stars of Sierra Leone will wear Umbro for the next four years.
Umbro have officially confirmed a four-year partnership deal with the Sierra Leone Football Association, SLFA. But no details of the financial package. However, the Manchester-based English sportswear supplier stated they are pleased.
The Leone Stars A team will debut the Umbro outfit for the first time in March 2021 for the African Cup of Nations qualifiers against Lesotho and Benin.

Umbro says they are pleased to announce a new long-term partnership with the Sierra Leone Football Association (SLFA).

“Wearing the double diamond for the next four seasons, the Leone Stars become the ninth African nation to join our roster of clubs alongside the most recent addition, Federation of Uganda Football Association.

Beginning in early 2021, we’ll provide the national team – including men’s and women’s senior as well as underage teams – with match kit, training wear, off-field apparel and equipment. We look forward to a successful partnership over the coming years.” Umbro noted on their official website.