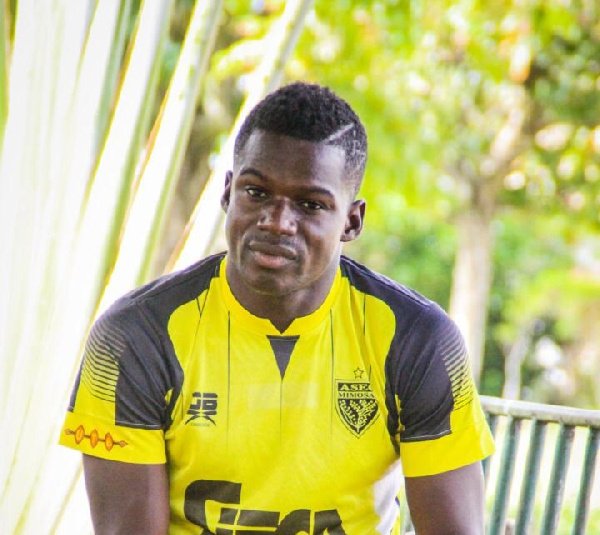 Ghana Premier League side Medeama SC are in advance talks with Burkinabé striker Ahmed Toure who is very likely to return into the Ghanaian topflight after leaving three years ago.

The former Kotoko marksman is currently a free agent having ended his stay with Guinean side AS Kaloum and is still in hunt for a new club.

Speculations in the local media for the past 24 hours has to do with the imminent return of Ahmed Toure who’s also eager to relaunch himself in Ghana but likely shun Kumasi and head to Tarkwa this time around.

Medeama SC will be involved in what we call deal diligence when they are able to scoop the signature of the Burkinabe national since they have been struggling to score in the ongoing season.

The Mauves and Yellows continue to sweat over their striking department hoping the former Bechem United man will be the perfect fit for outgone Prince Opoku Agyemang and Nana Kofi Babil who left prior to the start of the ongoing season.

The 33-year-old needs no introduction and has nothing to prove having made a good name for himself in Ghana football during his spells with Kotoko and Bechem United- where he left for ASEC Mimosas after the 2016/17 season.

The former ASEC target man is expected to arrive in Ghana in the next few days to finalise a deal with the Tarkwa-based outfit.