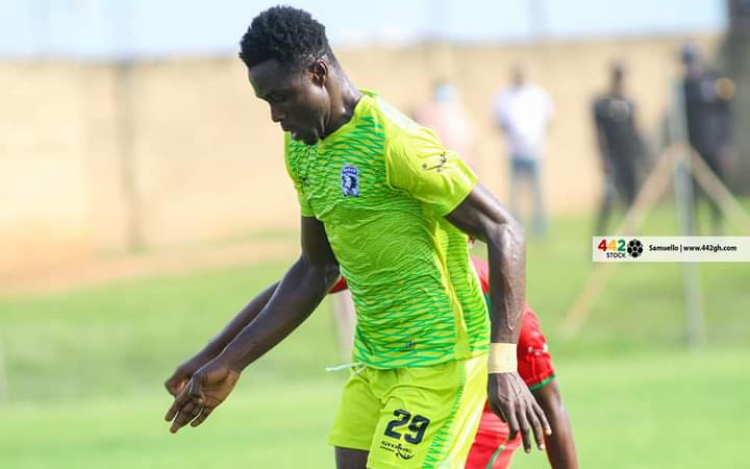 Hafiz Konkoni out of Hearts of Oak clash on Saturday Bechem United will be approaching Hearts of Oak’s encounter this Saturday without their top striker Hafiz Wontah Konkoni who will be missing in action due to suspension.

The 21-year-old has been suspended from this game after picking three yellow cards so far in the season with the last one coming in their slim 1-0 triumph over Ashgold SC last Sunday.  The Hunters are currently leading the league log with massive 14 points after 6 games and will want to extend and maintain their unbeaten run as they step in Accra this weekend for the big one.

The deadly forward has registered two goals; against WAFA and Inter Allies so far in the season and getting  him in the line up against the giants would have been a huge boost for the Bechem-based outfit.

However, Coach Kwaku Danso having sweat on Konkoni’s absence will also be heading into this clash without two of his key players including captain Moro Salifu and Charles Bosompem who still look doubtful for Saturday.

The encounter is scheduled for 3:00pm on Saturday at the Accra Sports Stadium.