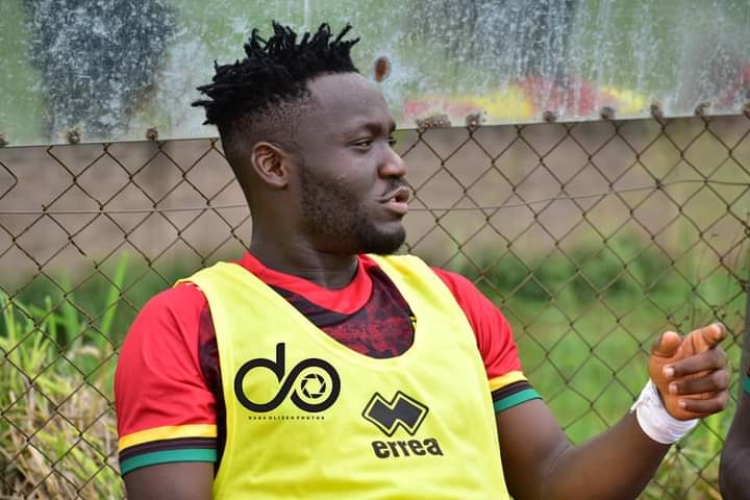 Whenever a player signs for  Kotoko SC, they are under pressure to perform but few have faced the kind of pressure felt by 23-year-old Emmanuel Sarkodie.

At the centre of a transfer war between three of Ghana’s big clubs (Aduana Stars, Kotoko and Hearts of Oak) with the Porcupine Warriors winning the race to sign him, and was instantly stamped as the man to lead Kotoko to glory for the next decade. The excitement surrounding his move to Kotoko was palpable.  Some few months into his Kotoko career, but it’s safe to say that Sarkodie is yet to really live up to expectations.

The 23-year-old put in a mediocre shift against Medeama SC on Sunday and has since been the subject of criticism on social media, with some pointing to his play as evidence of a difficult transition to life at Kotoko. I only have one word for these fans trolling and calumniating the young midfielder: patience.   Yes, it’s been a bumpy start for the former Nkoranza Warriors skipper, but that’s fine.

He was never going to come in and immediately fill the void left by Justice Blay, and expecting him to do so has only contributed to the pressure which he does not need.    Players, even very good players, nearly always need time to settle when they join a new club. There are exceptions though. Some players arrive in a new league in a new country and just freakishly switch it on. There are many more who take longer to adapt to new surroundings, on and off the pitch.

There are a lot of factors which have contributed to Sarkodie’s slow start, the obvious one being that he has moved to a new division and joined a behemoth of a club. He’s figuring out what life is like playing in Ghana’s top-flight division and for a club like Kotoko, and that’s normal.    Players of any age often need that settling- in period, and that’s why fans of Kotoko must give him time and patience to develop into the player they envisaged.

Kotoko fans are entitled to want more from Sarkodie considering the enormous amount spent on him, but ignoring the circumstances in which he finds himself is only going to lead to disappointment.    Habib Mohammed wasn’t an undeniable success until his second season at the club. Even Abdul Fatawu Safiu wasn’t a starter straight away at the club, afforded a bit of time before he became an integral member of the team.

So, given that it’s not exactly uncommon for players arriving at a big club to take time to reach the form or potential they were bought for, it probably shouldn’t be surprising that Habib Mohammed has now come good for Kotoko.

He has become one of the most important players in the Kotoko setup that is slowly beginning to find its long lost groove.   Emmanuel Sarkodie was a remarkable talent for Nkoranza Warriors, that’s true but Kotoko isn’t Nkoranza Warriors with respect.

A new club, new division, new teammates and new orientation. All will take time to get used to, and that’s a precious commodity where Sarkodie is concerned.

For him to be giving his best at the club, he must be allowed some breathing space and not to be suffocated under the huge weight of expectation.   Be under no illusions.

This is a player in it for the long haul. Who’ll keep on rising after each failure. He’ll not crumble now either. Patience is a virtue and Kotoko will reap the rewards by allowing the young midfielder to develop in his own time.