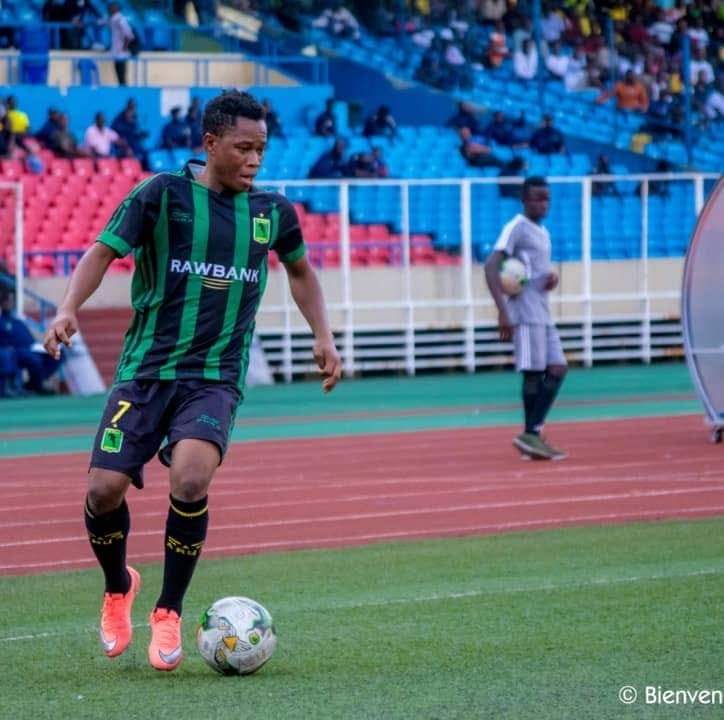 Ghana Premier League powerhouse, Kotoko are in contact with Zakaria Mumuni’s agents ahead of a potential January transfer move,Zonefoot.Net  can exclusively confirm.

Zonefoot. Net understands that, the Porcupines are talking to the former Aduana Stars FC and West African Football Academy winger’s representative, but nothing is advanced as of yet.

The Porcupine Warriors have endured a tumultuous end to the year after axing head coach Maxwell Konadu following a defeat to Great Olympics which was followed with a narrow win over Dreams FC and recently faltering at home to Al Hilal Omdurman in the CAF Champions League qualifier.

Kotoko, two-time African champions have been linked with a growing list of players following the lackluster display of a huge chunk of players with Zakaria Mumuni rumoured to be part of the list, according to sources reaching this portal.

The 24-year-old inside-forward is still tied with Congolese giants AS Vita Club, albeit a month and a few days of his running deal to expire with Vita Club.

Mumuni’s club, AS Vita were declared runners-up whereas TP Mazembe were crowned champions of the Democratic Republic of Congo after the country’s league season was brought to an end in May because of the coronavirus pandemic.

The former WAFA winger joined the Congolese club in January 2019 and has since established himself as one of the best players of the club.

Zakaria had a stellar season with WAFA where he was the club’s top scorer before joining Aduana Stars in 2016 for a transfer fee of GHS 80,000.

Mumuni made twenty-three league appearances, scoring three goals and provided four assist for AS Vita Club during the 2019/2020 Congo DR league which was canceled due to the coronavirus pandemic and also featured eight times in the CAF Champions League notching one goal in the flagship continental competition.

Mumuni has been in in his native Ghana close to four months on the back of the complication suffered by his beloved wife after she gave birth to their child.