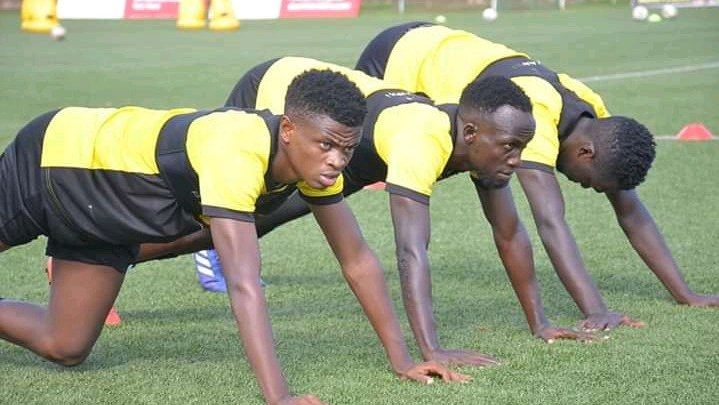 Bobosi Byaruhanga arrived at the Uganda Cranes camp a little bit star-struck but the Vipers SC midfielder wants to make his mark on the Cranes.

After playing a pivotal role in the Uganda Hippos side that won the CECAFA U20 tournament in November, Bobosi received his first senior national team call up this month in Johnathan Mckinstry’s squad for the African Nations Championships (CHAN).

And while there is still some proving he needs to do to earn a spot on the final team for CHAN, Bobosi remains positive that he can make a difference once given a chance.

“I am ready to give all and perform to my best whenever given chance to don the colours of the national team because I know by doing so am making many people at home proud,” Bobosi told Zonefoot.

“I am proud of getting this call-up, it is a special thing for me because there is so much talent in the group and everyone is giving their all.”

“I feel proud and filled with joy upon knowing that I have a chance of representing my country at the CHAN tournament.”

“Above all, I am grateful to God who has blessed from day one, he derseves all the praise and honour and I pray he guides us so that we emerge victors at CHAN,” he added.

Cranes coach McKinstry previously noted that the CHAN tournament is a favourable platform for the youngsters like Bobosi to showcase their talent in line with gaining experience at the national level.

The Vipers midfielder, Bobosi is among the 25-man squad that has been named by Uganda Cranes head coach Jonathan McKinstry and the contingent is set to depart today (December 28) at 3pm.

Bobosi went ahead to rally the fans to support the team ahead of the huge task that lies ahead at the tournament in Cameroon.

“I call upon all Ugandans to rally behind us as we take on the challenge because they are our biggest support and with them, we are able to face our opponents with vigour,” Bobosi said.

The Cranes will take part in a mini-tournament that will be hosted in Cameroon featuring sides like Niger, Zambia and the hosts starting on January 1-7 before the CHAN kick off.

Uganda is in group B of CHAN alongside Rwanda, Togo and defending champions Morocco.