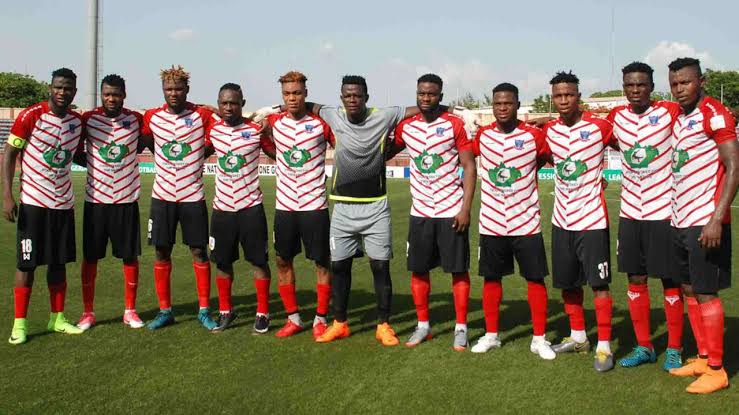 Having lost a possible away win in matchday one of The NPFL 2020/2021 to FC Ifeanyi Ubah in Nnewi last Sunday, December 27, 2020, behind close doors, Lobi Stars are back to their home base, poised to make mincemeat of MFM tomorrow Sunday, January 3, 2021, inside the main bowl of The Aper Aku Stadium to put themselves on an improved position on the league table.

MFM recorded their first victory in match Day 1 against Warri Wolves and are looking good on the log for now. A win for MFM will place them top-ranked.

Contrastingly, MFM in their last 7 encounters against Lobi Stars failed to record any win. Lobi Stars won 4, Draw 1 out of the last 5 league games and won the 2 games in the first and second edition of Dapo Abiodun preseason tournament. A record that envisages no threat to Lobi Stars as it stands.

Notwithstanding, no NPFL Club is a pushover and as such Lobi Stars need to up their game to live up to their ratings, especially as they would approach the game with angst arising from the Nnewi defeat.

Speaking to Lobi Stars Media, The technical Adviser of the club Coach Kabiru Dogo was quoted as saying: I wish all Lobi Stars fans a happy New year and a resolve to win the game against MFM convincingly. Though we lost our matchday 1 in Nnewi in the hands of FC Ifeanyi Ubah the league is still young enough to bounce back, the spirit in the camp is high and the team is prepared to hammer MFM. MFM is not a push over the team but we are pretty ready for the three points.

Lobi Stars forward player and former MFM player Austine Ogunye in a telephone chat with Lobi Stars Media conveyed the high-level confidence in the camp, that they have talked to themselves and resolve to avoid the mistakes that worked against them in Nnewi. That they are going for nothing short of a resounding victory with a wide goal margin.

Other Match Day 2 games in the nine other NPFL centres are: