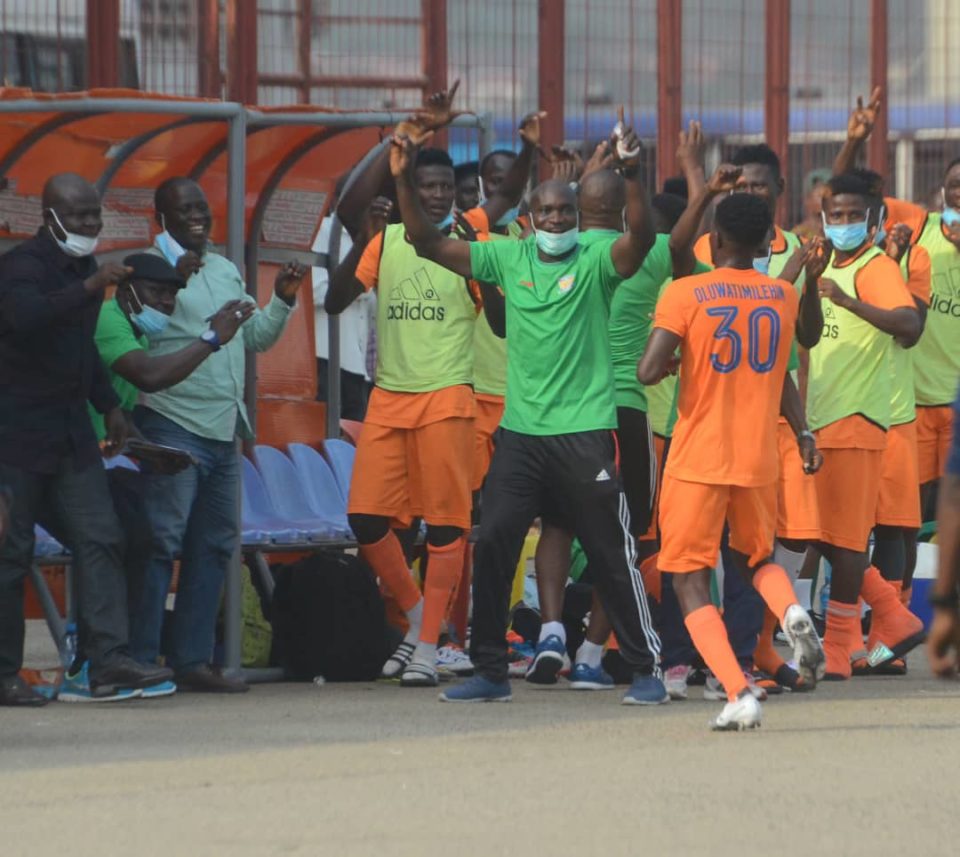 Timilehin Omo Jesu Ogunniyi’s sublime goal proved decisive as Sunshine Stars clinched maximum points in Sunday’s NPFL matchday two contest with FC Ifeanyiubah, to get off on a winning note in the year 2021.

Following a matchday, one reversal in Kaduna, among the changes coach Gbenga Ogunbote rang to a great effect in his first game at the Ondo State Sports Complex since returning to Sunshine Stars was handling Omo Jesu a place in line up for the visit of Ifeanyiubah.

It took the playmaker nine minutes to make the early dominance of his side count off an expertly dispatched free-kick from the edge.

The advantage could have been doubled 10 minutes later when Fuad Ekelojuoti combined brilliantly with Tolu Oluwole on the break, but the former was denied by a last-ditch challenge in front of goal.

Like he intervened on matchday one away at Jigawa Golden Stars, Seun Olualyo was at the right place at the right time to spare the blushes of the Owena Whales with a goal a goalmouth clearance when the Anambra Warriors threatened to restore parity at the half-hour mark.

The break-in play at the interval did not in any way alter the hosts’ firm control the game and in the 61st-minute young sensation, Ayo Adejubu punched above his frame to squeeze past the visitor’s backline, however, his effort kept rising in front of goal.

The game could have been put to bed 13 minutes from time when Oluwole dragged just wide inside the area from a through the pass, a moment before goalkeeper, Sharp Uzoigwe made himself too big for a substitute, Sadeeq Yusuf to beat at point-blank.

Nonetheless, Sunshine Stars comfortably close out the game for their first win of the season, and will next play MFM in the first instalment of the 2020/21 season Southwest derby on matchday three at the Soccer Temple, Agege, Lagos.

Both coach Ogunbote and man of the match, Omo Jesu shared their thoughts with the media after the game.

Ogunbote: _”We are happy we can get the three points, it will remove some sort of pressure away from the team. Disappointed we did not take most of our chances, we should be three goals up. We will do some talking and corrections so it will be better next time._

_”I want to canvass for understanding, understanding in the sense that we are still a team in the making and as a result, the fans have to be patient with us.”_

Omo Jesu: _”Am very excited for the goal and our first win of the season. I believe I can do better than next season. I love this jersey and this club (Sunshine Stars), the reason I will always give my best here.”_