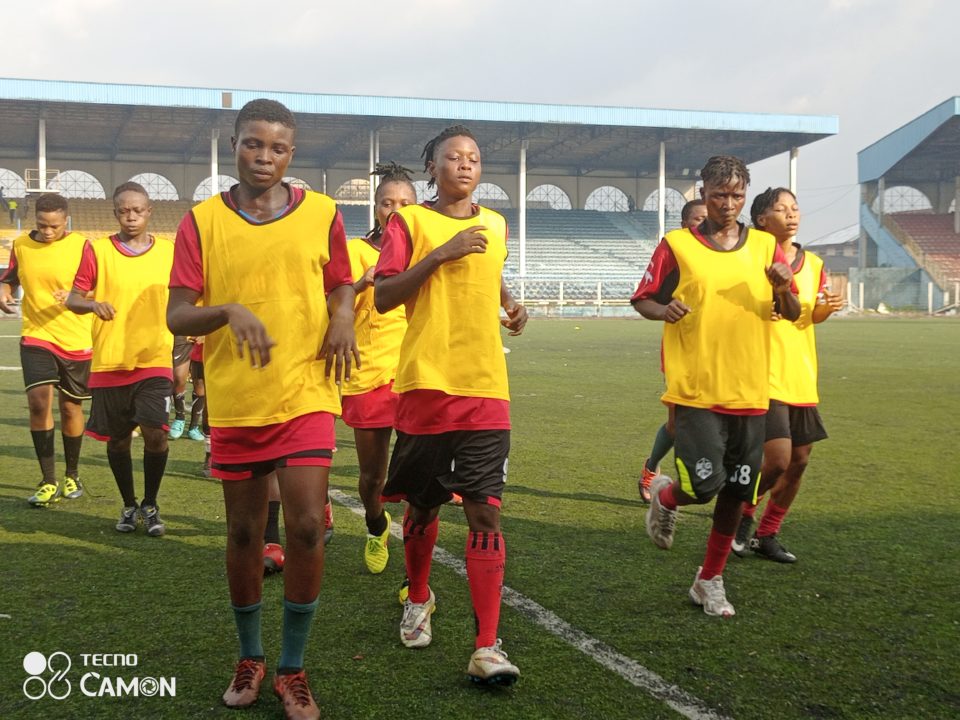 Due to the inability of all the 14 NWFL Premiership clubs to meet up with the directives of the NWFL Secretariat on Covid-19 test for players and team officials, the board of the Nigeria Women Football League headed by Aisha Falode, has declared the postponement of Week 5 matches to accommodate collation and validation of the Covid-19 test being conducted by the Premiership clubs.

According to the Chairperson of the NWFL, Aisha Falode, who spoke from her base in Lagos, “The NWFL do not want to take a risk with any of the clubs going by the fresh wave of increased Covid-19 infections due to the new variants of the deadly disease which have left more people dead in Nigeria than before.”

She added: “We are currently verifying and validating results sent in by some of the 14 clubs not up to half of the clubs in the league. “We are also going to verify the authenticity of the test centres sent in by the clubs from the Federal Ministry of Health and the relevant state’s Ministry of Health, going by the reports that some clubs are going to unapproved centres to conduct the test.

“Tests from unapproved centres will be rejected after verification and the clubs involved suspended from the league.

“The postponement of the league by one week is due to the tasking process of collation and validation. Because of this, the board of the NWFL found imperative to postpone the Week 5 matches to allow the Secretariat to complete their job on the ongoing Covid-19 test on clubs concerned.”

Falode stressed that: “The board has given enough time to the clubs to complete the test and send results with proof (pictures) from government-approved test centres, to the Secretariat by mail and hard copies (original) on or before Friday 15th January 2021.”

Falode, who is also a board member of the Nigeria Football Federation, declared that any club found wanting at the end of the exercise will be suspended from the league indefinitely. And the NWFL may have to take over the testing of all the clubs to avoid any of the clubs putting the league into disrepute.

The NWFL Chief Operating Officer, Mrs Faith Ben-Anuge, noted from Abuja, that, that the postponed Week 5 matches will now be played on Wednesday, January 20, 2021.
*NWFL MEDIA.*