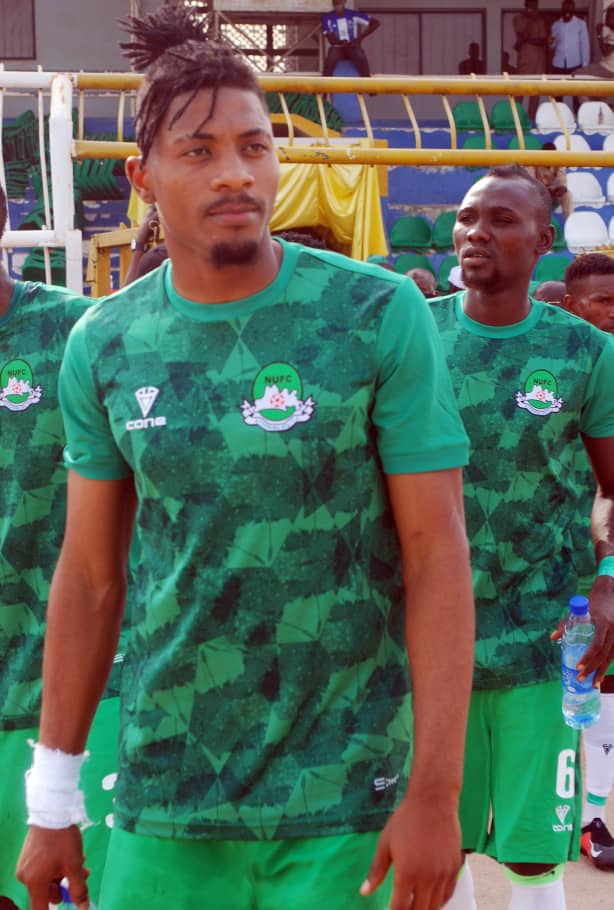 In a chat with newsmen on arrival from Gombe, the nno-nonsensecentre back said: “It wasn’t the result we wanted, but all hope wasn’t lost as we came out with one point.

“We had resolved and worked hard for all three points, but in football, you win but some give you unexpected results.

“We also had chances if wrapping up the game, but mother luck didn’t smile on us, as we threw away a penalty.

The solid Miners sit 4th on the NPFL table with 8 points after four rounds of matches, picking an away win and a draw, and the former FC Vitosha Bistritsa loanee believes the Lafia based side can challenge for honours this term.

“I strongly believe we can have a successful campaign in the league this season, we’ve got a good team and we’re bonding well so far.

“This is arguably one of our best starts to the season in recent times and we’re ready to make the most of it.