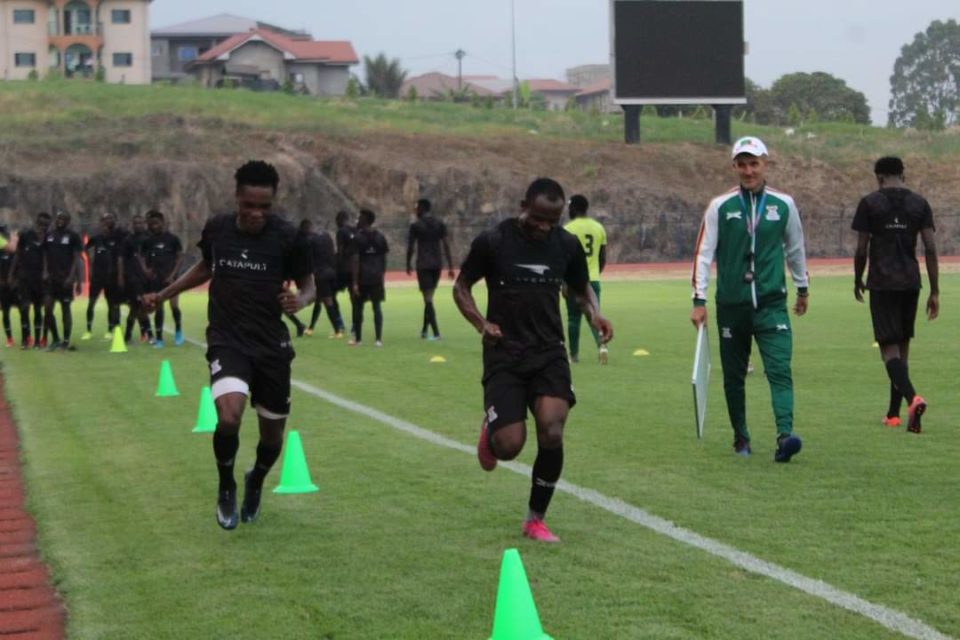 The Chipolopolo boys got down to business at their new base in Buea with their first training session at Molyko Omnisports Stadium.

Coach Milutin ‘Micho’ Sredojevic led his charges in a late afternoon session after having arrived in Beau on Wednesday night from Douala.

The 28-member team is zeroing in on preparations for the tournament that kicks off on Saturday with the host Cameroon facing Zimbabwe.

Zambia became the first team in their group to arrive in Beau with Namibia, Tanzania and Guinea expected to complete the Group D teams that will be based the South West region.

The Chipolopolo played Libya at the Japoma Stadium Annex on Wednesday afternoon in their final preparation match Before 1-1.

Prior to the game against Libya Zambia pour-Nation in a Four-Nation Pre-CHAN tournament where they drew 3-3 with Niger before losing 2-0 to Uganda. The final group match was a 2-0 triumph over Cameroon which lifted them to the second position at the close of the tournament.

Zambia opens its account week on Tuesday with a tie against Tanzania before facing Guinea four days later.
The final group match will be against Namibia on January 27.