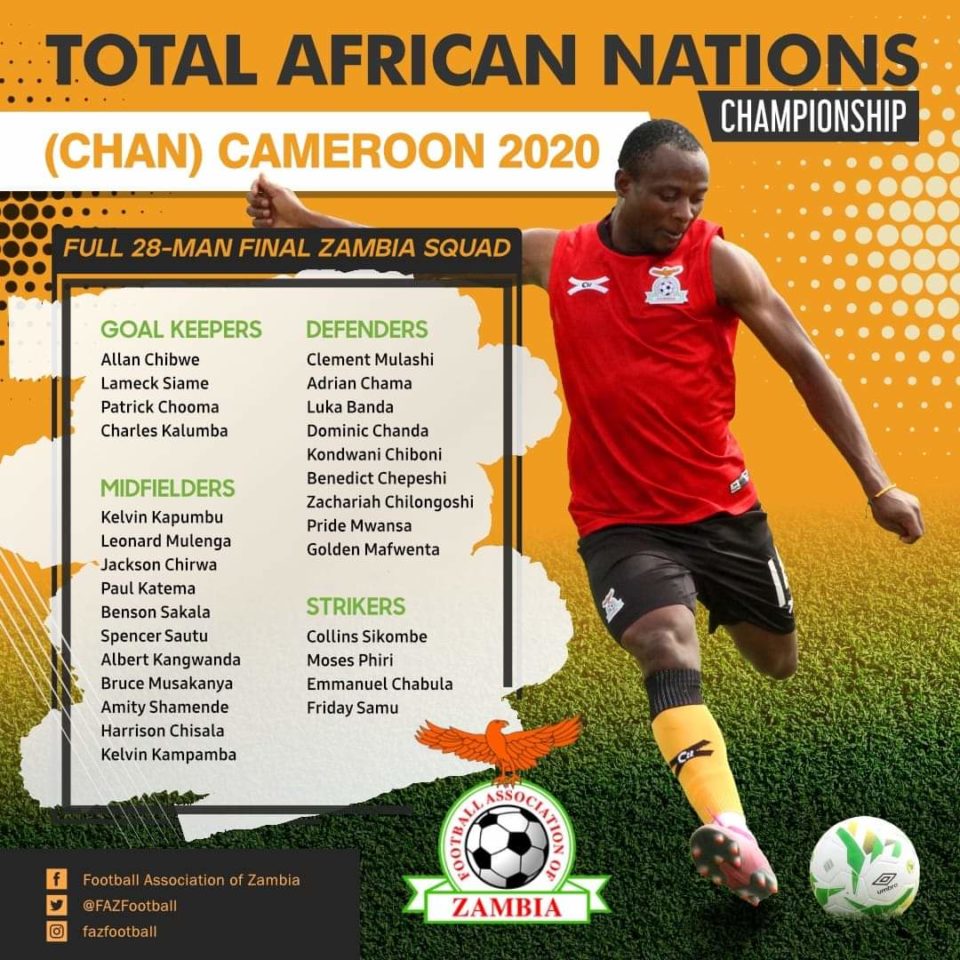 The Chipolopolo of Zambia is leaving no stone unturned as to they prepare for the Total Africa Championship in Cameroon.

The team who participated in the four nations tournament alongside host Cameroon, Niger and Uganda are currently in Beau where commence their campaign on Tuesday, January 19 against Tanzania.

Chipolopolo best record is finishing third in 2009 when the tournament was inaugurated.

Zambia is in Group D alongside Guinea, Tanzania and Namibia.