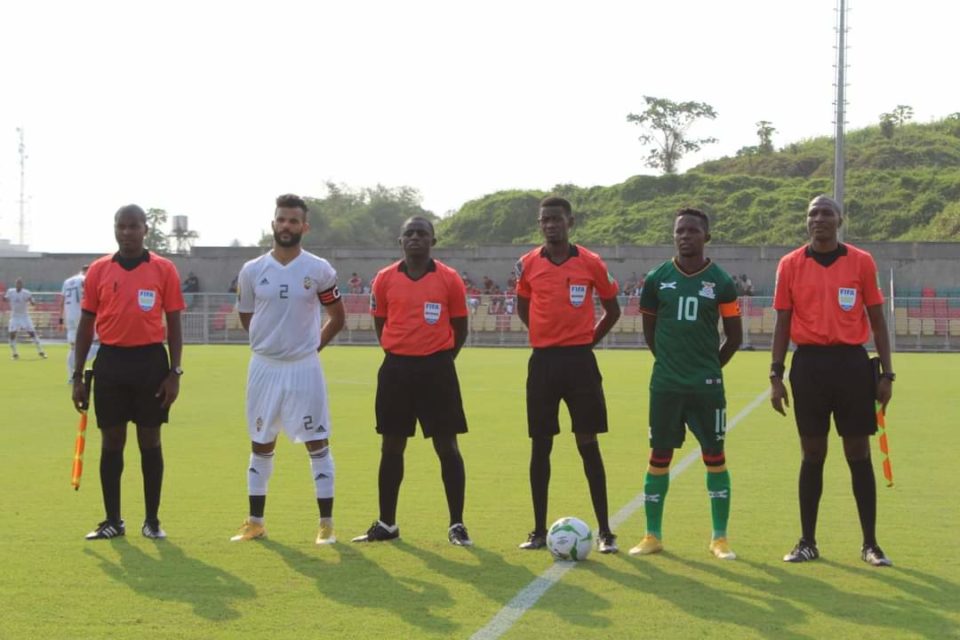 Chipolopolo midfielder Bruce Musakanya says the team will be gunning for a winning start when they play Tanzania on Tuesday at the African Nations Championship in Limbe.

In an interview with the FAZ media in Beau, Musakanya said playing neighbouring Tanzania is never easy but the team was focussed on a positive start.

“It is very important to start with a win in a tournament, it gives you confidence with the coming games especially that we are playing our neighbours Tanzania,” said the Zesco United midfielder.
“It will not be easy, but we just need to work extra hard and get ththemn.”

Musakanya said the team had been afforded adequate preparatory matches to be strong enough to compete at the tournament.
“We have been preparing well for the game against Tanzania, the mini-tournament we had and friendlies we have seen where we are. We are preparing and we have learnt the mistakes that we have had and have worked on them,” he said.

Zambia is in Group D alongside Guinea, Namibia and Tanzania.

The Chipolopolo participated in a Pre-CHAN tournament in Yaoundé where they drew 3-3 with Niger before losing 2-0 to Uganda. The team wound up on a high with a 2-0 win over Cameroon. Zambia also played to a 1-all draw with Libya in Douala in the team’s final preparatory match.