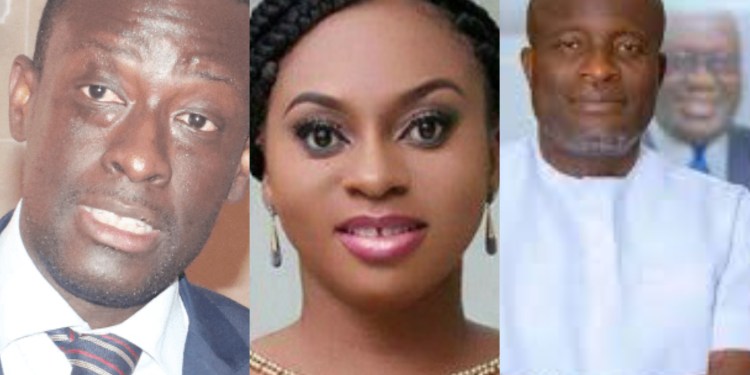 Five top politicians have been reportedly eyeing the enviable Youth and Sports Minister job according to Ghana- Kuamsi Base Station Wontumi TV/Radio.

President Akufo-Addo after being sworn in as the leader of the country on Thursday, January 7, 2021 is yet to appoint leaders for the various Ministries for the next four years of his second term.

But according to a report from Wontumi TV/Radio, five top politicians have shown interest in the Youth and Sports Minister role.

Many are of the believe that President Akufo-Addo should maintain the MP for Atwima Mponua Isaac Kwame Asiamah following his spectacular performance as the Minister of Youth and Sports.

Per the reports, the member of Parliament for Dome Kwabenya and former Deputy Majority leader Sarah Adwoa Sarfo is among the five personalities hoping to land the top job.

Member of Parliament for Takoradi constituency, Kobby Okyere-Darko Mensah is reported to have shown interest in the Sports Minister job after serving as the Western Regional Minister.

The Minister of State at the office of the Vice President, Abubakar Boniface Siddique, former Tema East MP, Titus Glover have also been reported among the lists of politicians interested in the Youth and Sports ministerial role.

Last on the list is Mustapha Abdul-Hamid who was the Minister in charge of Inner City and Zongo Development.