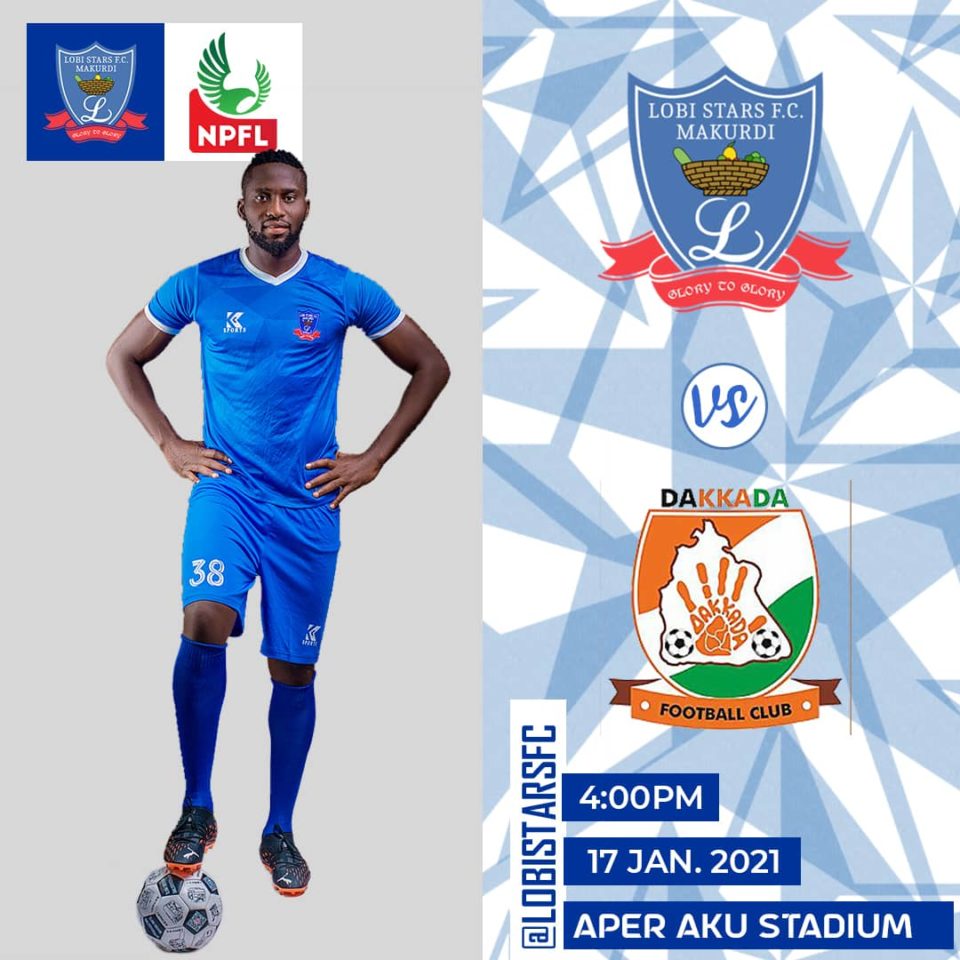 Emerging from the breaking of two-match consecutive wins of match days 2 and 3 of the NPFL 2020/2021 in the hands of Sunshine Stars in Akure and MFM in Uyo as both games ended in score draws of 2-2 and 1-1, Lobi Stars and Dakkada will shift the battleground to Makurdi on Sunday 17th January 2021in a momentary table repositioning game behind close doors.

As it stands, Dakkada FC who made their first year in the elite division of Nigeria League (NPFL) last season 2019/2020 and have a history of only one meeting that ended up been Lobi Stars only barren draw at the Aper Aku stadium in the aborted season that left both teams with only one game will be coming to Makurdi with the pedigree of having not lost to Lobi Stars and an unbeaten record in the current season.

On the other side, the pride of Benue have in the current season unleashed terror on all visiting teams in the main bowl of the Aper Aku stadium having garnered 6 maximum home points, scoring 4 goals and keeping a clean sheet with Aliko Mustapha keeping vigil seemed not to look at Dakkada as a threat to the existing record.

Sunday’s game is the only thing separating the glory to glory boys as the difference between the two clubs remains a thin line of one point. With Dakkada 5th on the log with 8 points, closely followed by Lobi Stars 7 points and 6th on the log, the homeboys will not stop at anything to improve their placement.

Dakka may file out on Sunday with not more than 2 players that were involved in the last meet against Lobi Stars, while Lobi may file out with two former players from Dakkada, Duke Osimaga and Bassey Spencer who will be playing with something to prove.

Lobi Stars TA, Coach Kabiru Dogo in his usual calm manner was unperturbed as Lobi Stars media sought to know what his fans should expect. He simply said, the team is improving with every game and the Makurdi fans should not expect anything less than the 3 points at stake.

In the final analysis, fans should expect a highly thrilling encounter as the two neck to neck clubs file out on Sunday 17th in Makurdi for the big game.