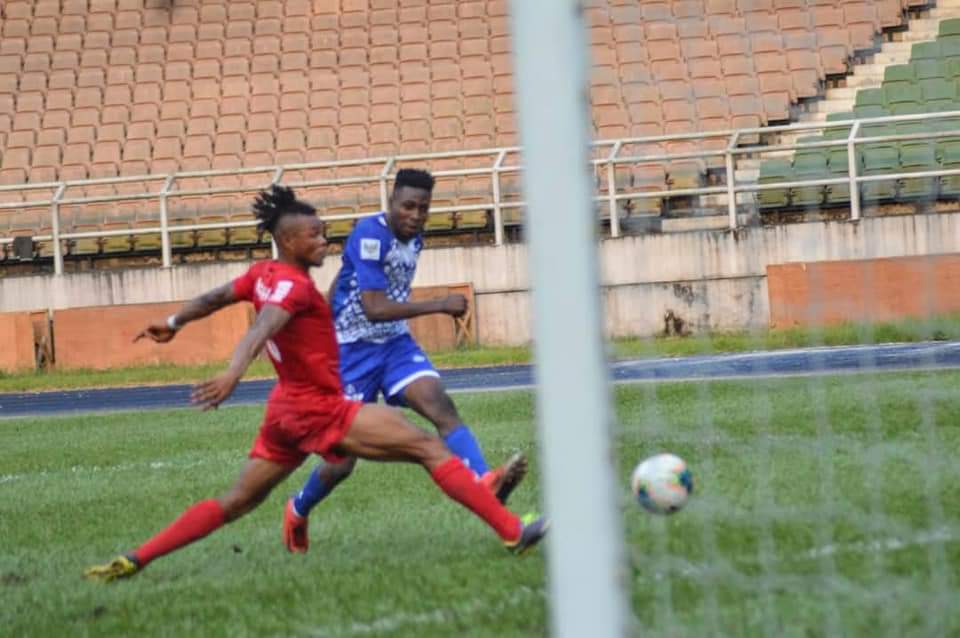 Malachi Ohawume opened his 2020/2021 NPFL goal account for Rivers United with a goal during Sunday’s 3-1 victory over Heartland FC.

Just twenty minutes after coming on, the prolific attacker latched onto Bobby Clement’s quickly taken free-kick and found the bottom corner after going past two of his markers.

He sprinted over to the corner to celebrate and was visibly emotional as his new teammates surrounded him.

Malachi’s father, Ezinna Stephen Chukwuemeka Ohawume who passed away and was buried in December would have been very proud to see his son open his goals scoring account for the new season

Once United’s players had parted, Malachi paid tribute by bringing his knees to the ground.

Malachi granted an interview to Rivers United’s media after the game where he spoke about the emotions of scoring after the passing of his father.

“I dedicate my first goal of the season to my late father Ezinna Stephen Chukwuemeka Ohawume who was buried on 29th of December 2020. May your soul keep resting in the Lord. Thanks, Amen.”