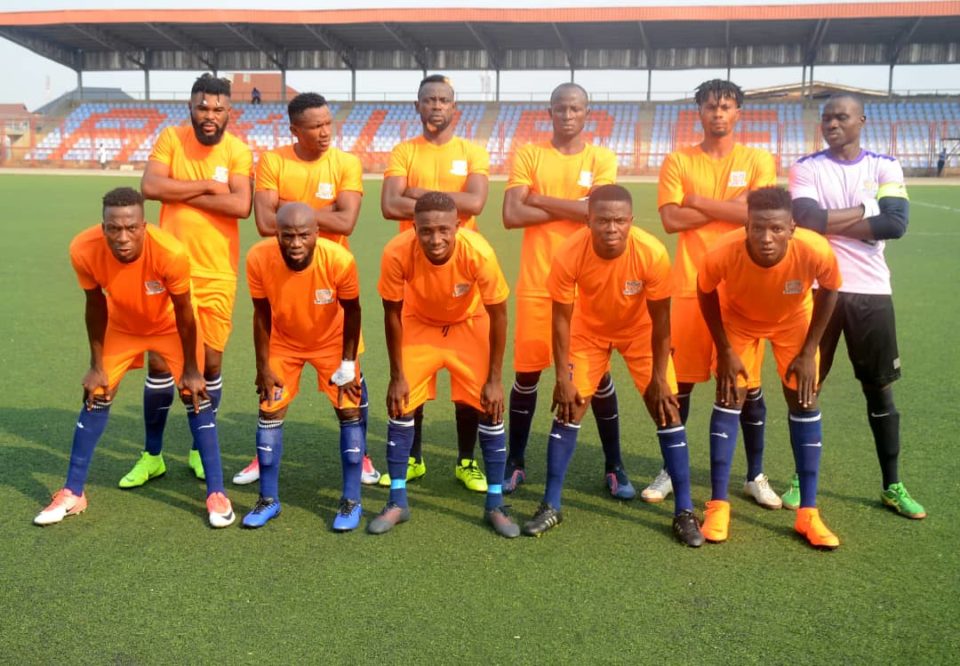 Yusuf again combined to a devastating effect with a fellow second-half substitute, Ayo Akinlose who whipped in an inch-perfect cross for the newfound heroin Akure to head home for a win that moved the coach Gbenga Ogunbote’s charges into the top half on the league table.

After a tepid opening half,f the contest burst to life in the final period with Sunshine Stars moving within inches of breaking the Seasiders resistance through Chinedu Udechukwu who saw his shot from inside the area deflected off target by a whisker in the 65′.

Waheed Adebayo was next to have a crack at goal as he weaved his way around Warri Wolves defence line before sending a low drive just wide.

With the clock ticking out faster like the previous round, Ogunbote pulled a masterstroke with some final period changes, which included the introduction of Akinlose who delivered a delightful ball for Yusuf to score and secure the win in the last minute of regulation time.

Coach Ogunbote bore his mind on the game alongside goal scorer, Yusuf when faced with the media in the post match presser.

Ogunbote: _”Victory at last; it was a hard-earned one and it would have been a big set back if we didn’t get the three points. I salute the resilience, the courage and determination of my boys._

_” I knew we were going to have a little challenge as regards fatigue. We are making the best use of the situation we have found ourselves. Sadeeq? We pray he continues with his goal exploits.”_

Yusuf: _”Am so glad we did it. Our coach has thought us everything and we put it all to use and thank God we come out victoriously._