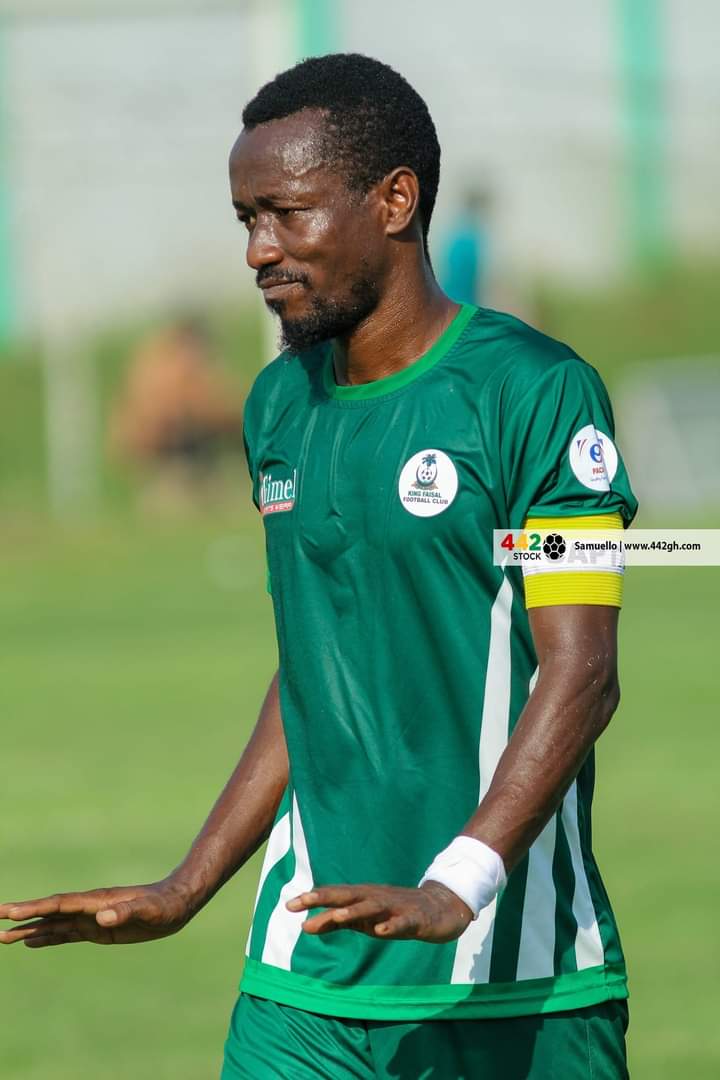 King Faisal have been dealt with a huge blow with the news that Micheal Akuffo could miss the rest of the season.

The skipper sustained muscle injury during King Faisal’s game against Dreams FC and has since missed the games against Bechem United and Elmina sharks.

A scan confirmed the former Asante Kotoko midfielder suffered a partial tear in his left quad muscle and likely to miss chunk of the games.

The midfielder is now in the early stages of his rehabilitation under the care of the Club’s medical staff and making good progress.

A source has told Zonefoot.Net the player could be out for the rest of the season due to the extent of the injury.

The news comes as a big blow for Andy Sinason who was counting on the experience of the midfielder to turn the club’s fortune.

Akuffo has featured in five of the nine games played so far in the Ghana Premier League.