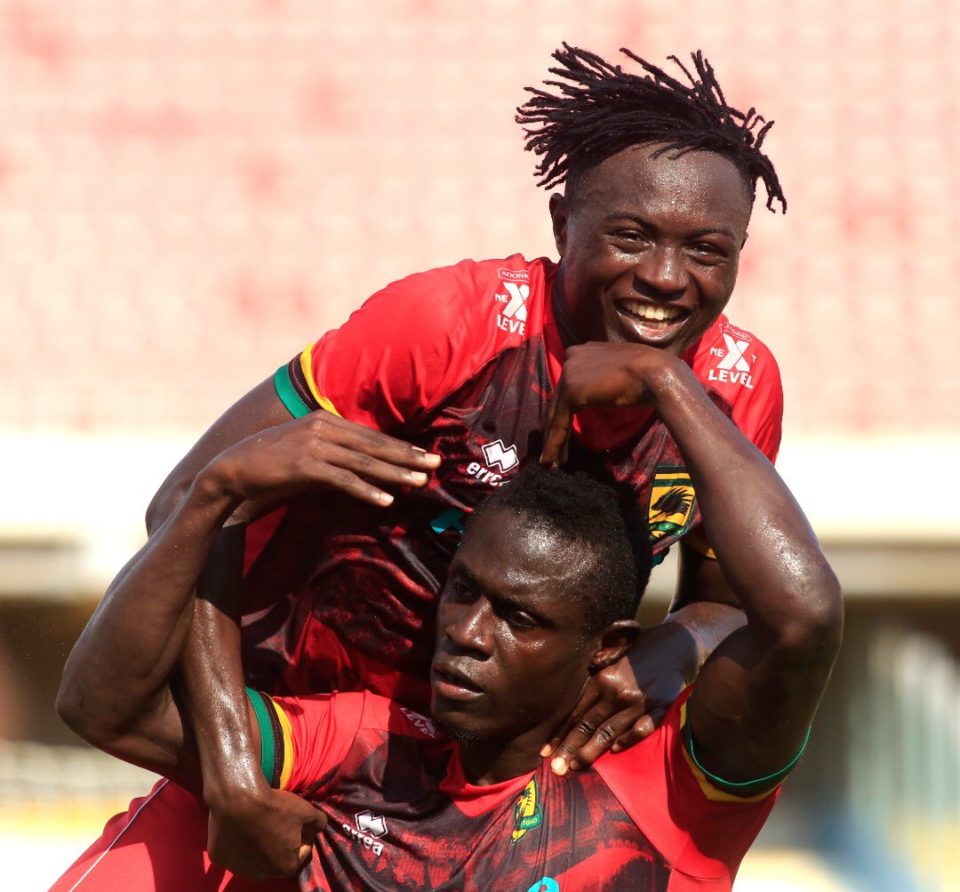 Kotoko aim to move closer to the top of the league table as they take on Aduana Stars at the Accra Stadium on Sunday.

Kotoko have been good in their last five league games, managing to avoid defeat in those matches (W3 D2).

During that run, the Porcupine Warriors netted six goals (1.2 goals per game) and conceded two (0.4 goals per game). The club are now third on the log with 15 points.

An important factor has been Kwame Poku who has found the net on six occasions.

The Kumasi-based side will be without Sulley Muniru after a mutual termination was agreed. William Opoku Mensah has also left the club after his contract expired.

Aduana Stars are not far behind this season, amassing 13 points and placing eight on the log.

Nine goals (1.5 goals per game) were scored by the Dormaa-based side during that run and six goals were conceded (1 goal per game).

The club will also rely on Yahaya Mohammed to deliver the goods. The striker has found the net on five occasions so far this season.

The two teams have been quite balanced in their last five clashes, winning one each and drawing three.