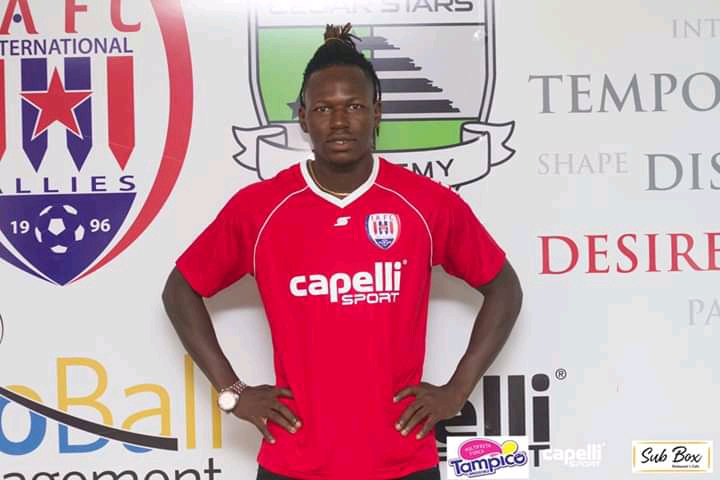 The Club and the striker have agreed on a deal until the end of the current season.

The lethal forward started his professional career in 2006 with Windy Professionals. He stayed for four years before joining Real Tarkwa United where he scored 21 goals in 33 games.

In the 2017/18 season, he went on to play for GD Interdube Luanda in Angola, scoring 12 goals in 18 appearances winning the league title before joining St. Georges in Ethiopia.

In his stay in Ethiopia, he got 8 goals in 12 matches. Last he signed for Kotoko where he played 15 matches and scored 9 goals.