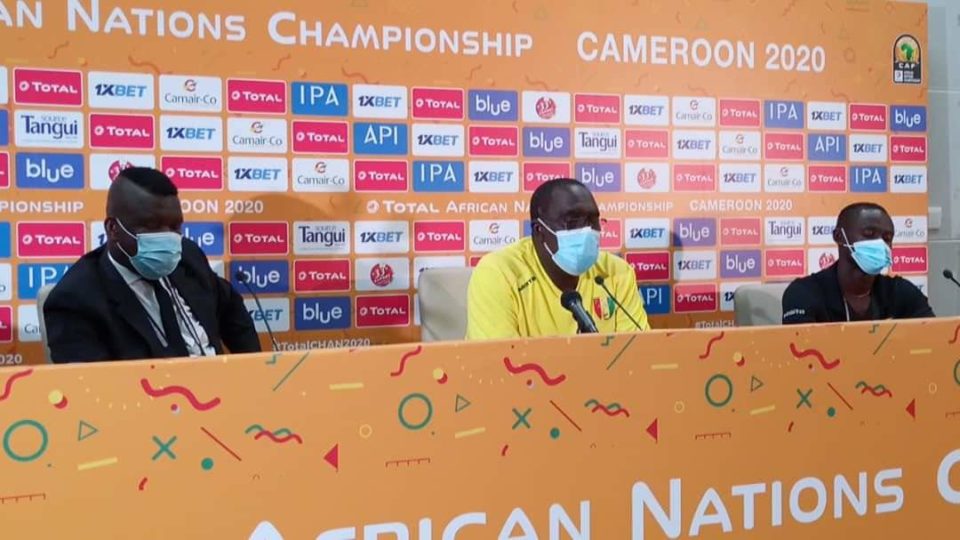 Group D leader, Syli Nationale of Guinea will take on the Chipolopolo of Zambia on Saturday night for a place in the round of 16.

Guinea coach, Mohamed Bangoura believes his side is ready to take on Chipolopolo of Zambia as he focuses on his players physical and mental abilities on their today game.

“My team is ready for the next game. The change in time might affect players but we have been training and putting tactics in place. We know that it’s going to be a tough game as we will impose our physical game on Zambia as much as we can.”

Guinea beat the Brave Warriors of Namibia 3-0 on Tuesday in Limbe to send warning signals to opponents in the tournament after the brilliant display.

“No coach can ever do a perfect selection or line up. I understand Guinean football very well. I focus on players mental, physical, and tactical abilities during selection.
We need to respect coaches choice because I train them on daily basis and know their abilities.”

“Kante (who suffered from food poisoning) is okay now, the two other players are also okay but not sure if they will play. I won’t expose my game plan. Offensively, I am ready for the next challenge.” He said

Both teams won their first group game against Namibia and Tanzania putting both teams on same points with Guinea on top with a goal difference.