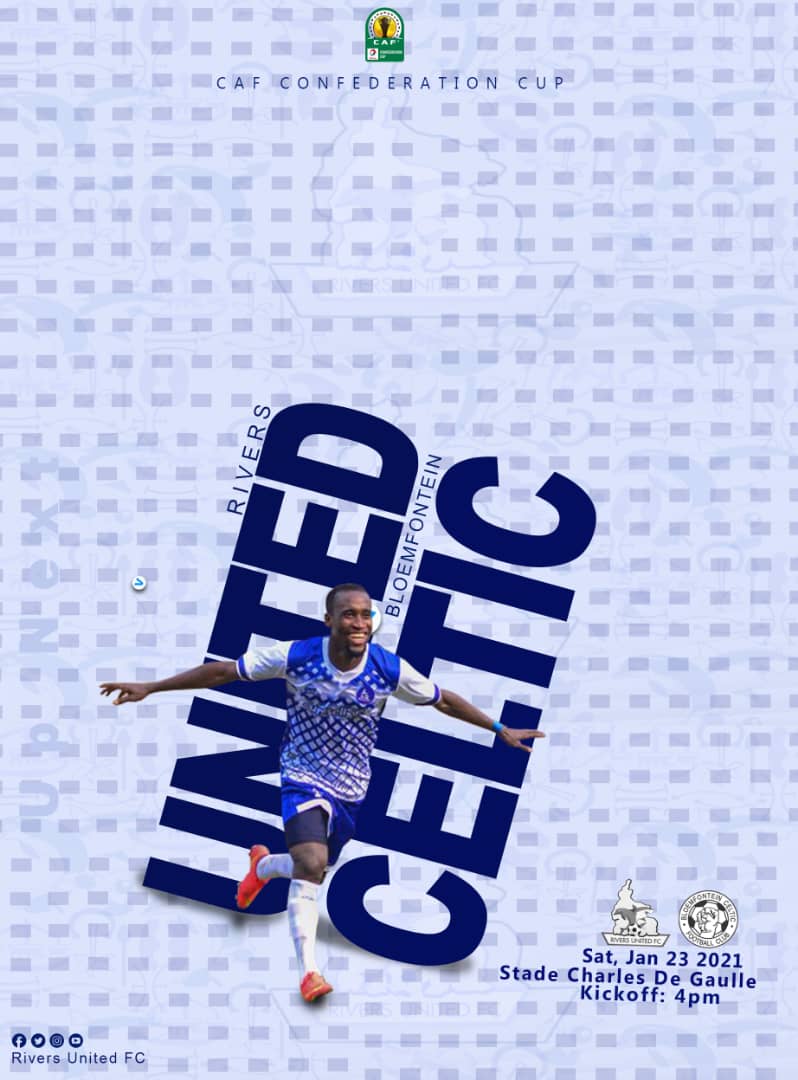 Rivers United arrive in Port Novo Benin Republic armed with a 2-0 first-leg lead as they bid to eliminate Bloemfontein Celtic and reach the final preliminary round before the group stage of the CAF Confederation Cup. As host, Rivers United will again need to call on their strong CAF home form this season as they look to advance playing in an adopted ground.

* Both teams needed the lottery of penalties to advance to this stage of the competition.
Rivers United cruised through by overcoming Futuro Kings of Equatorial Guinea 2-0 (pen) after aggregate score stood at 3-3 while Bloemfontein Celtic went pass Maniema Union 3-2 (pen) with aggregate score at 2-2 after both legs.

• The “Pride of Rivers” were fast out of the traps in the first leg. Godwin Aguda’s powerful header put the away team ahead before Fortune Omoniwari finishing a delightful move to doubled their lead.

The coaches
• One of the most distinguished and successful coaches in contemporary Nigerian football, Coach Stanley Eguma has an enviable CV, having managed at the top level and won a stack of trophies on the national and continental stage.

• Bloemfontein Celtic announced former captain John Maduka as their new head coach in 2020. Maduka took over from Lehlohonolo Seema who left the Phunya Sele Sele for Chippa United.
Maduka spent five years as a Celtic player between 2004 and 2009 before being handed a different position at the club.