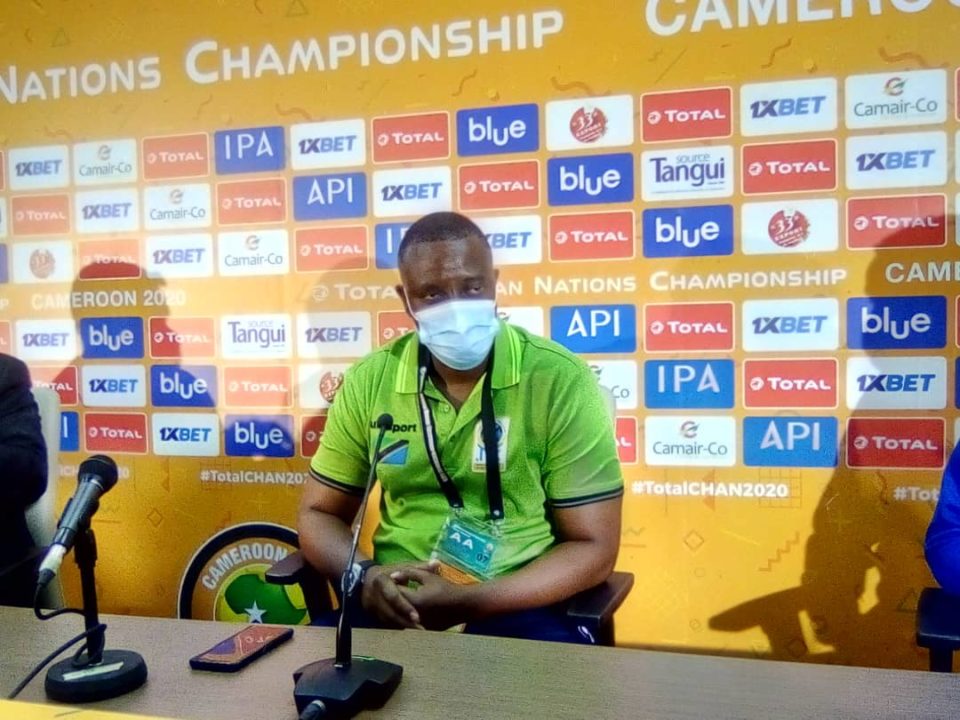 Taifa Stars of Tanzania are set to bounce back to winning ways as they are confident of what they are working on as they are here for a mission and ready to play Namibia for a win on Saturday.

Tanzania coach, Etienne Ndairagije says his side is ready to fight despite losing their first game to Chipolopolo of Zambia

“We are here to fight and finish what we started.”

“Football should not be looked at in a particular way. The past game is in the past.

” We are focused on the Namibia game and working on our past mistake because we want to qualify for the next stage.”

This is Taifa Stars second appearance in the CHAN tournament with the first being the inaugural tournament in 2009.

“I am grateful for the fact that a lot is expected from the team. With hard work and concentration, we believe that we should be able to win our next game. Fingers crossed as we await the game.”

“We need to win the game irrespective of statistics. We might just need an accurate shot to win the game which is the most important thing.” Said Coach Etienne Ndairagije.

Coach Ndairagije says John Bocco’s appearance might be one of surprises for tomorrow’s game as the Taifa seek for their win against Namibia.