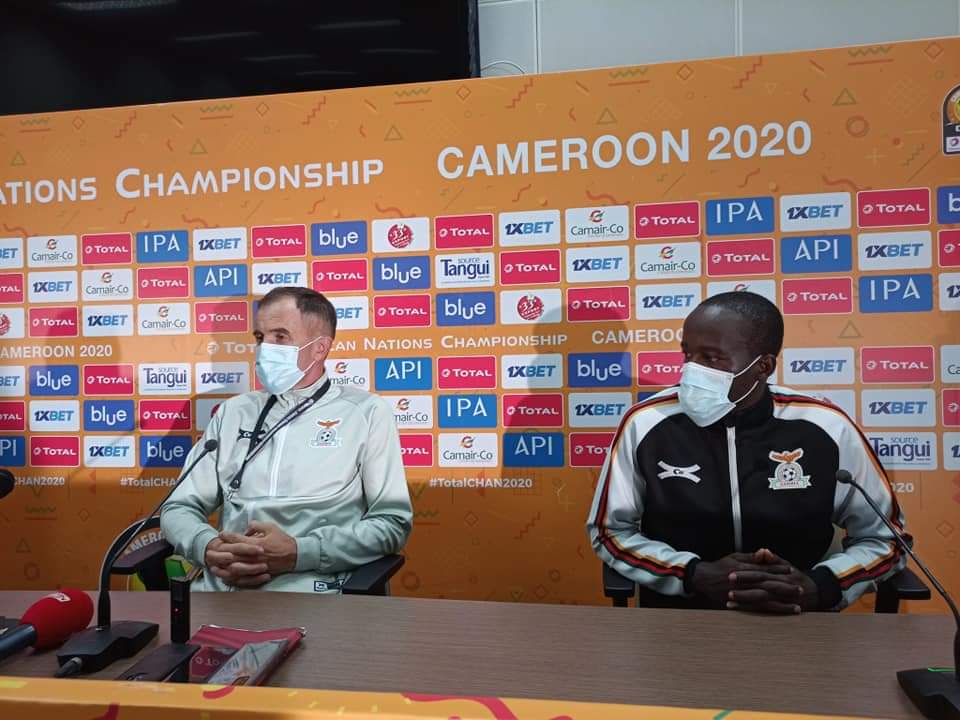 Zambia National Team Coach, Micho Sredojevic is optimistic of picking a positive result against the Syli Nationale of Guinea.

The first tournament as the head coach of Chipolopolo, Micho is not leaving any stone unturned as he believed that his side can pick a positive result despite Guinea being a good footballing nation.

“We have self-respect for ourselves than for our opponent by putting more focus on the way we defend and attack.”

“We need to look at the game from some angle. Guinea is a good team with good players and we see the work of the coach than their style of play. We need to give them maximum respect. Every team has points of danger and vulnerability. This team is the face of Guinea local football that is on the rise. Guinea has lots of supporters that came in their numbers to support their team. After winning the first match, the second game is a test of character measurements of value. We believe that we can dwell to give attention to small details.”

Coach Micho will not publicly share his tactical plan, adding that people will see how the Chipolopolo will handle Guinea in the field of play.

“We are looking forward to a team with great individual and morale. We will want to give them respect when they are on the ball and find a way in our way to find mortalities to whatever it is to close and expose. It’s important to give attention to details. We are not here to be a threat to any team but to play good football.”

Micho also emphasised on having two players in fitness questions, saying he must and shall replace those that are not fit for this game due to fitness and COVID-19 tests.
Chipolopolo did their training yesterday which decide that fans will be expecting a good match against a good team with the expectation of good performance and good results.”

Zambia beat Tanzania 2-0 on Tuesday to open their 2021 CHAN campaign and will take on Guinea today before playing their last group game against Namibia.