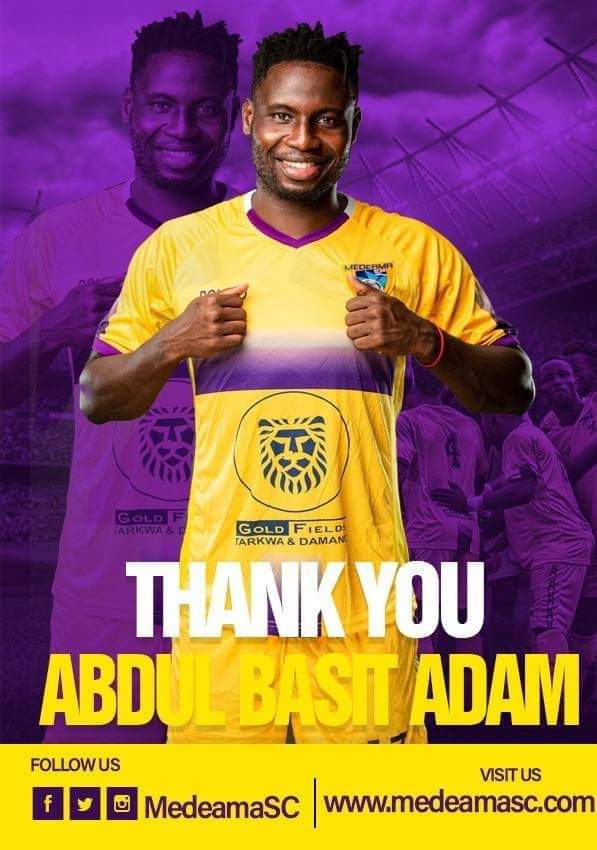 Ghana Premier League club Medeama SC have in a mutual agreement decided to part ways with Abdul Basit Adam.
The 25-year-old forward departs from the Mauve and Yellows camp after making just two appearances in the on-going Ghana Premier League.

Medeama confirmed end of the striker’s time with them by tweeting,”We have mutually parted ways with striker Abdul Basit Adam. Thank you Basit.”

Basit previously played for New Edubiase in Ghana before taken a football trip to South Africa to play for Free States Stars.

In the European side, he spent most of his time in Sweden playing for Gefle and Frej. He also played at Dardanel and Tadamon Sour.