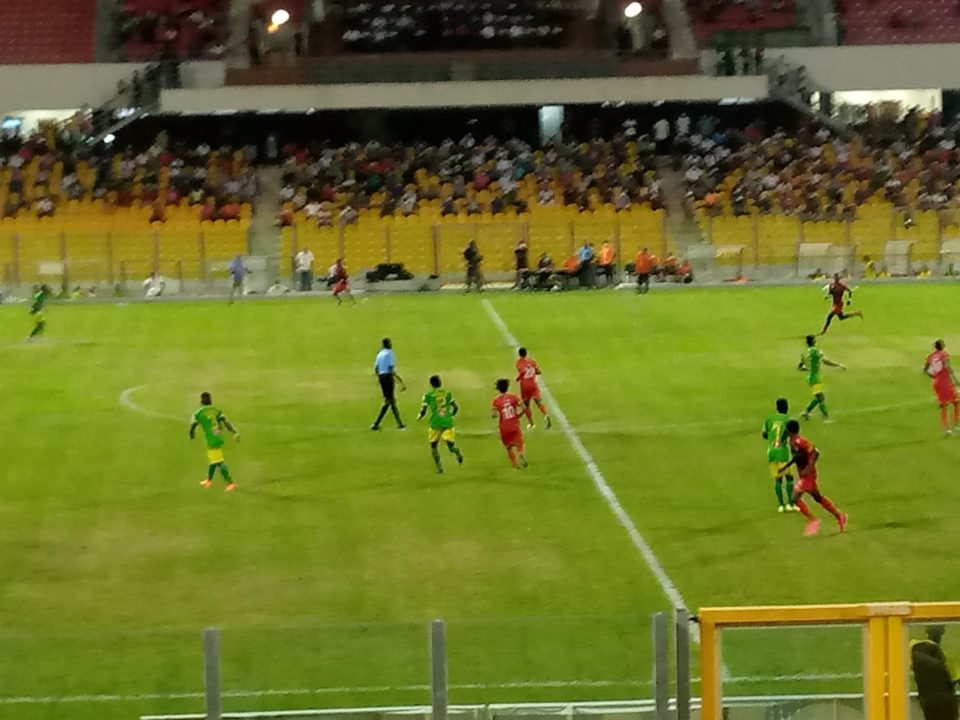 Substitute Samuel Bioh denied the Porcupine Warriors dream of moving up on the 2020/21 Ghana Premier League log with his late goal to hand Aduana Stars a famous away win on Sunday evening.

Aduana Stars inflicted a 1-0 painful home defeat on Asante Kotoko in their match-week ten clash at the Accra Sports Stadium.

The home side dominated the first half of the fixture with fearsome attacks but their efforts went furtile.

Coach Johnson Smith was forced to make an early substitution after Patrick Asmah had picked an injury which got him replaced by Emmanuel Gyamfi on the 13th minute.

Goalkeeper Razak Abalora rescued Kotoko from conceding via a thunderbolt strike from Yahaya Mohammed as Fabio Gama kept tormenting the back line of Aduana Stars.

Emmanuel Gyamfi could have opened the score for the Porcupine Warriors but his attempt on the stroke of halftime went over the bar.

Back from the break, Aduana Stars staged an intense pressure on the home side which saw them scoring the only goal.

Aduana Stars’ Ebenezer Aboagye tried his luck with an audacious strike but his effort was fisted out by goalkeeper Razak Abalora.

Coach Fabin introduced Pius Yeboah and Samuel Bioh as replacement for Ebenezer Aboagye and Flavian Kouassi after the hour mark.

Brazilian midfielder Fabio Gama got replaced by Naby Keita after his strike on the 63rd minute went wide as side looked dominating the game.

On the 74th minute, Samuel Bioh announced his presence in the match with a superb finish to hand Aduana Stars all the needed points at the Accra Sports Stadium.

Kotoko failed to level the score despite their impressive performance in the last ten minutes of the game as it ended in a 1-0 win in favor of Aduana Stars.