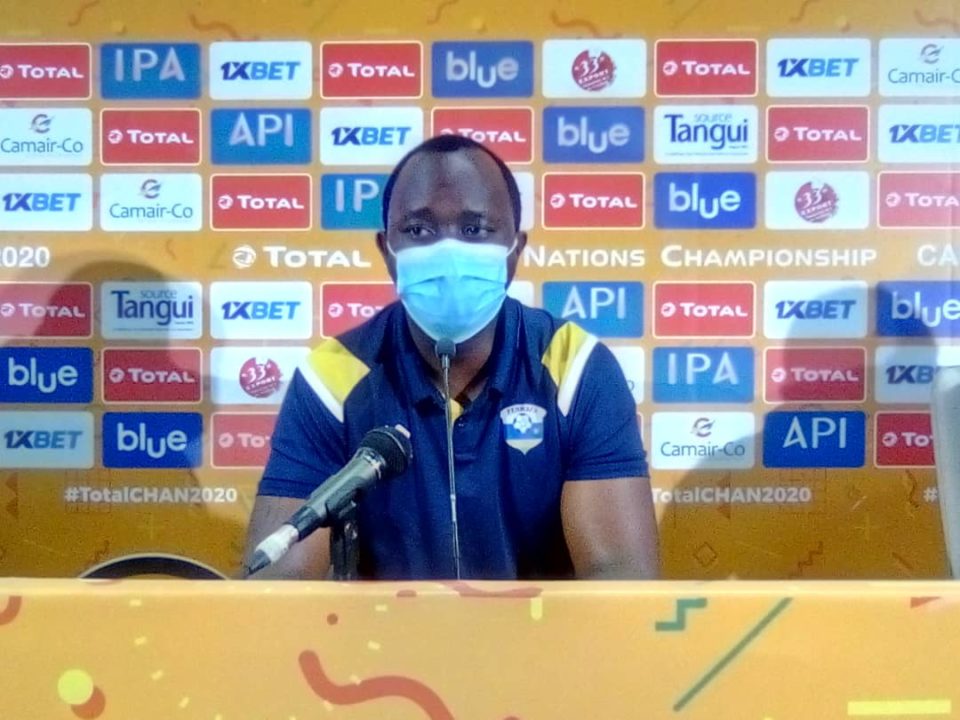 Amavubi of Rwanda of will on Tuesday tackle the Hawks of Togo for a place in the quarter-finals of the Africa nations championship in Cameroon.

Rwanda coach, Vincent Mashami during the pre-match conference says “We only had Congo Brazaville during pre-CHAN preparation which gave us little opportunity to better test our team. It somehow helped us in a way because we played two games with one opponent. We are thankful for the game.

Vincent Mashami says mistakes were worked on during the Pre CHAN games with Congo and he saw weaknesses of his team in the last two games.

“A pre and major tournament are different things all together. Full security, hotels, and personnel plus stadia are key which makes it different from pre tournament. I want to thank the LOC and CAF for staging this tournament. We are happy to be in Cameroon which is the major reason why we want to stay here. It’s a beautiful country with good people, press, and we want to live this moment.”

“We still have a lot to work on in terms of finishing and ball possession. We were a better side in the first game but unfortunately couldn’t utilise our chances which is why we keep on training and giving the players confidence.

Vincent says the Togo game is crucial as his players know the importance of winning this game. Vincent also added that his opponent are more motivated and confident based on their last result. But says they are ready in all aspects with ingredients to get the right result as they need to give their best and put pressure on their opponent.

“We have reviewed some of the videos of the Togolese team. They are a very good side. Its a matter of 90 minutes to determine the outcome of the game. I wish Togo coach quick recovery from COVID-19”.

“Moroccan put some pressure on us as defending Champions. We were a bit tired in the first 15-20 minutes because of energy used in our first game. Two days to recover with training. So far so good we are working on players recovery.”

Amavubi drew their two games with defending champions Morocco and Uganda and will be up against Togo who beat Uganda.

The Amavubi with two points from two games are making their fourth appearances in the CHAN tournament with their best performance being 2016 when they reach the quarter-finals as host.