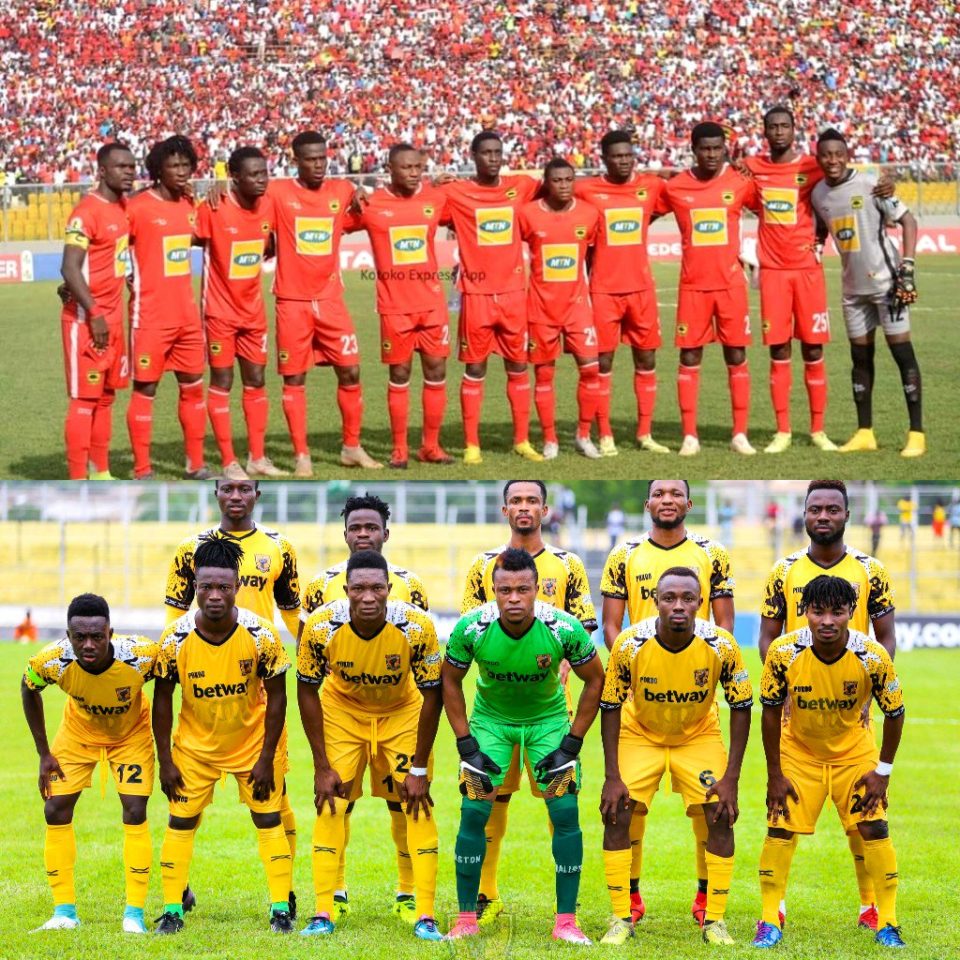 AshGold SC will be without midfielder Appiah McCarthy for the Ashanti derby against Kotoko on Sunday.

The former Asokwa Deportivo enforcer has been ruled out of action for two months following a lateral collateral ligament injury sustained during last week’s clash against Legon Cities in Accra. McCarthy has been a driving force for the Miners and has scored three goals- all through set pieces- at home in the ongoing Ghana Premier League campaign.

AshGold SC remain one of the few teams that have yet to taste defeat at home after picking three wins and two draws in their five home matches. Milovan Cirkovic’s side are the highest scoring team in the competition with 20 goals.

They have kept only one clean sheet at Len clay this season, after leaking 6 goals in the process. AshGold SC will have their eyes set on the top spot again after dropping from the first position following the defeat to Legon Cities (5-2) and the draw against Medeama SC (0-0) at home.

Captain Amos Addai who got injured against Great Olympics, has returned to the team as he played a part in the defeat to Legon Cities.

Winger Yaw Annor has scored three goals in his last two games and will be expected to light up the Len Clay stadium on Sunday with his electrifying pace, power and dribbling ability.

Kotoko’s five game unbeaten run ended on Sunday as they lost 1-0 to two-time champions Aduana Stars in a match day 10 tie at the Accra Sports stadium. Prior to that defeat, the Porcupine Warriors, had not lost a game since their 1-0 home defeat to Accra Great Olympics in December 2020.

Their top marks man Kwame Opoku who has scored six goals in the ongoing campaign has not found the back of the net in their last two games, a worry for coach Johnson Smith.

Brazilian import Fabio Gama has played four games on the spin for the first time since he joined the Porcupine Warriors.

Kotoko have conceded six goals in their 10 games, keeping four clean sheets in the process. AshGold SC have won six, lost two and drawn two in their last ten meetings against Kotoko at the Len clay stadium.

The tie will be broadcasted live on StarTimes Adepa channel 247 at 3pm on Sunday.