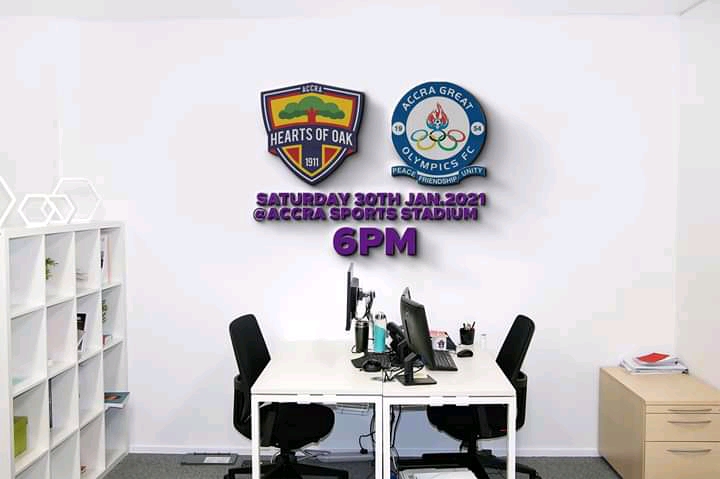 Accra Hearts of Oak’s Premier League form has been excellent since Kosta Papic took over the reins of the club in December last year, winning four, drawing three and losing one, climbing to second place in the standings.

Also, Great Olympics have performed formidably in the League so as usual, this clash of storied neighbours could go either way. But on the evidence of what we have witnessed this season, Accra Hearts of Oak are a shade ahead of their city rivals.

The Phobians beat Olympics 4-0 at the Accra sports stadium in the 2019/20 season following a stellar performance that saw Joseph Esso, Benjamin Afutu and Daniel Afriyie Barnie scoring for Hearts of Oak.

The two teams are separated by only one point, going into Saturday’s game as Great Olympics lie in 10th place with 15 points.

The Dade Boys drew blank in their game against Karela United on Saturday to add to their inconsistent run of results in their last four outings (W1, D1, L2). But this seasons performance is their best start in the last decade. New coach of Olympics Yaw Preko is confident of victory against his former club, Hearts of Oak.

“I am doing a professional job so my focus is on Olympics 100 %. I am concentrating on my job here because this is where I am getting paid not at Hearts. I have to be professional and do my job well”

“My players and our technical team are working very hard towards victory so we are doing our part, then we will see how it goes because Hearts have a good team and they are playing well” he told Ghana- Accra based Radio Station Happy FM.

Accra Hearts of Oak have won six of the last seven meetings between the two sides with the other one ending in a draw.

The tie will be broadcasted live on StarTimes Adepa channel 247 at 6pm.