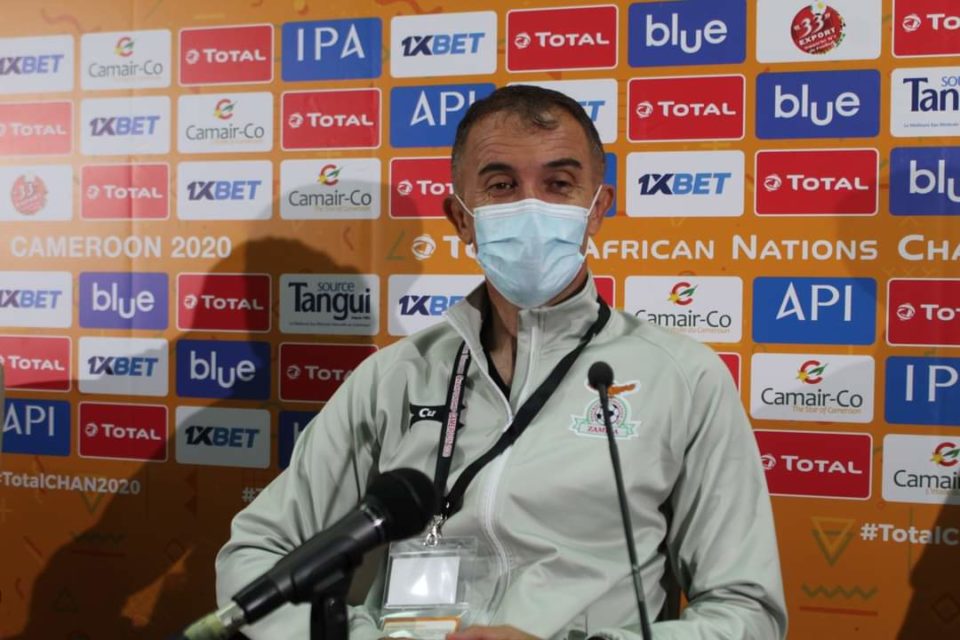 Chipolopolo coach Milutin ‘Micho’ Sredojevic says it is never easy playing against a team that has nothing to lose.
And Namibia coach Bobby Samaria says his team restricted Zambia’s dominance to long range attempts.

In a post-match press conference, Micho said people had a right to count Zambia out in the quarterfinal clash against Morocco but he believes that the Chipolopolo are strong enough to reach the semi-finals.

Zambia booked a quarterfinal date with Morocco on Sunday in Doula after having been held to a goalless draw by Namibia who had already been eliminated.

“It is not easy to play against a team that has no pressure but has the intention to be party spoilers in away. They have proudly played for their country and I give them credit to the coach and his team,” Micho said.

“We need to critically look at ourselves why from 20 attempts, not even one could finish where it is supposed to finish. This is now something that we need to look at critically and we need correct all this before playing quarterfinal match.”

Micho said Morocco could enjoy the accolade of favourites ahead of Sunday’s game but his charges will give their best.
“With all due respect to Morocco, they are a top team, they are favourites, they are defending champions and whatsoever. Let them take the role of the favourites, we are who we are, we shall come with the same approach, giving our best,” he said.

Micho added: “Everyone has a right to count us off but we ourselves we believe that we have what it takes to progress from the quarterfinals.”

Zambia finished second in Group D with five points, same as Guinea who had a better goal difference. The Chipolopolo will face Group C table toppers Morocco on Sunday at the Stade de la Reunification in Douala while Guinea will play Rwanda in Limbe.
The Chipolopolo boys will now shift base to Doula ahead of Sunday’s clash.