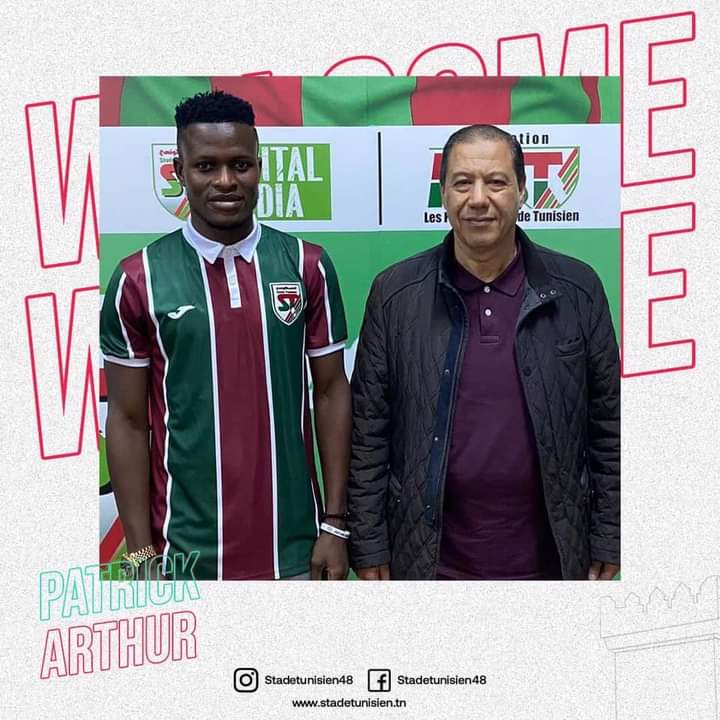 The tough-minded defensive midfielder has completed a sensational switch to the North Africa club, Zonefoot.Net  can exclusively confirm.

The 24-year-old signed a two and half year deal with the Hédi-Enneifer Stadium outfit after passing a mandatory medical examination earlier today.

Arthur joined the Tunisian top-flight league side on a free transfer after ending his three-year stay with Ghana Premier League club Dreams FC.

“I’m very delighted to join one of the biggest clubs in Tunisian football. It’s a new chapter of my football career and I can’t wait to don the colours of Stade Tunisien,” Arthur told Kickgh.com in an exclusive chat from his base in Tunisia.

“I want to leave a mark here. Winning trophies and aiding the club to achieve its ambitions during my stay”

Arthur was a key performer of Dreams FC after their return to the Ghana Premier League in 2017.

Following his exploits, he had a loan stint at Swedish second-tier club Angelholm FF.

Arthur was a member of last year’s Black Stars ‘B’ team under Coach Maxwell Konadu.