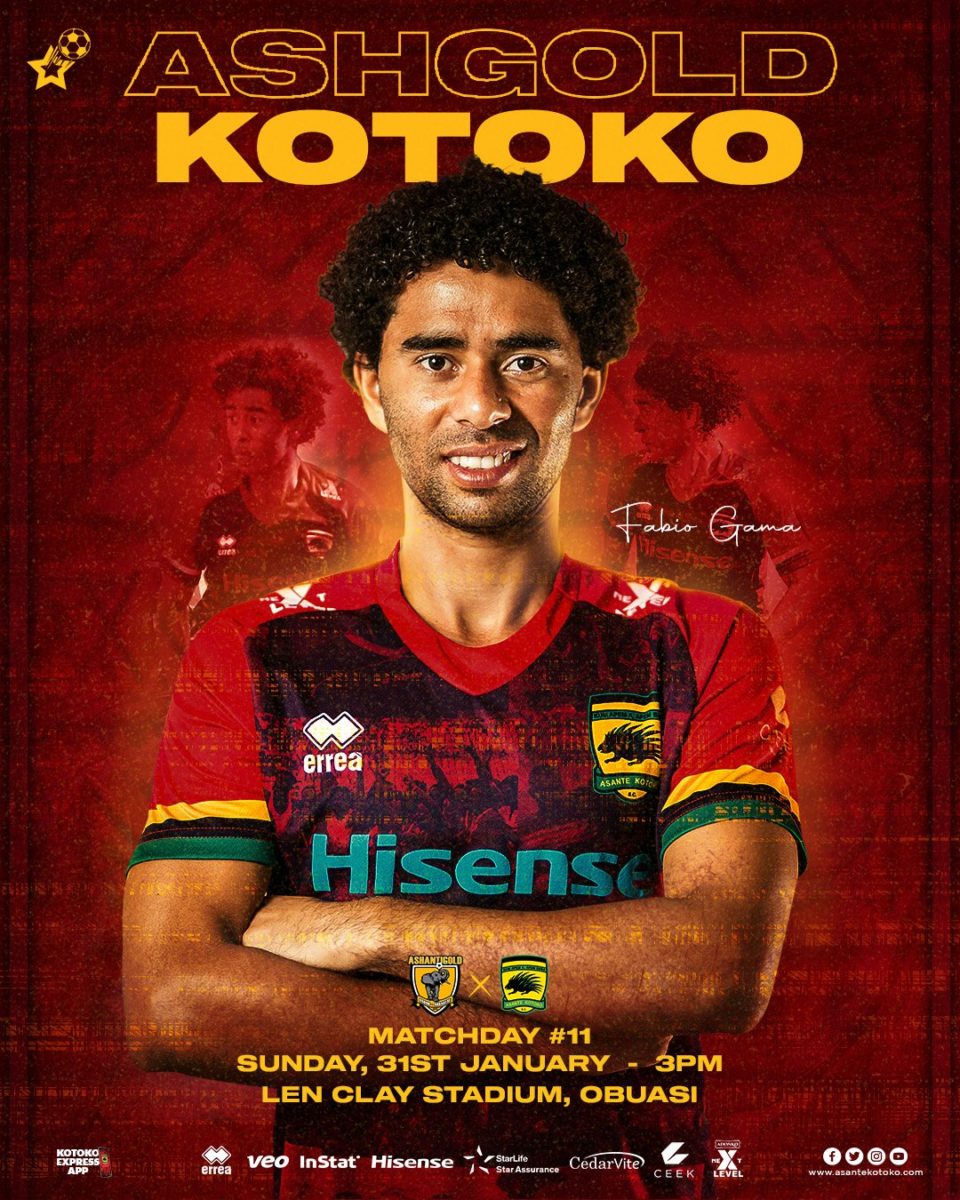 The Porcupine Warriors will be keen to go one better than the defeat they suffered against Aduana Stars in their last outing when they face AshGold SC in Match day eleven of the Ghanaian Premier League on Sunday.

Having suffered a humiliating defeat against Legon Cities last weekend, the Miners will be hoping they will fare slightly better as they welcome Kotoko to the Obuasi Len Clay stadium. Victory over Asante Kotoko is by no means beyond them, but it won’t be easy.

Johnson Smith has his work cut out for him and this is how he could set up his team on Sunday.

Razak Abalora (GK) – He is an example of an iconic and well-respected goalkeeper. His unique style always adds excitement.

Christopher Nettey (RB) – A no- brainer, he is a bit like a hamster in his wheel- he runs for ages and sees his life in doing so. His delivery in the final third is consistently superb and his support down the right flank of Kotoko in games he featured has been second to none.

Ishmael Abdul Ganiyu (CB) – An experienced centre-half, Ganiyu is renowned throughout the league as an intelligent defender. He boasts a wealth of top-flight experience, including spells with Wa All Stars and Karela United. A calming presence at the back, Ganiyu is one of the first names on the team sheet.

Mubarik Yusif (CB) – The former AshGold centre-back has found the favour of Smith as he also begins to find his feet at Kotoko. The defender is incredibly comfortable in possession and quick to snap into tackles.

Emmanuel Sarkodie (DM) – With Habib Mohammed likely to miss the game due to an injury he picked against Aduana Stars, Sarkodie will be expected to slot in and fill the void vacated by Habib. The former Nkoranza Warriors midfielder has all the attributes to make this Kotoko team tick.

Emmanuel Keyekeh (CM) – He is expected to return to the side after fully recovering from an injury that ruled him out for weeks. He will surely add defensive stability in midfield, allowing his more attack-minded teammates to flourish.

Mudasiru Salifu (CM) – He could be making his first start of the season against Ashanti Gold after returning from injury. A creator in midfield with a superb passing ability, Mudasiru Salifu will be responsible for dictating the tempo and possession of the team. He has a lot to offer.

Emmanuel Gyamfi (RF) – Hasn’t been able to hit the same form he managed last season, but still, Gyamfi offers pace in attack and that is crucial in stretching defences. Capable of playing through the middle or out wide as a winger, his flexibility will come in use for the Kotoko team on Sunday.

Kwame Opoku (ST) – Opoku will be Kotoko’s danger man going into this game. The former Nkoranza Warriors forward has burst onto the scene and gained the full backing of the manager and the supporters of the club, and he will be their main threat winning the game on Sunday.

Fabio Gama (LF) – Gama is still class. Isn’t he? He has stepped up to the plate anytime he’s called upon. He is the final piece in the puzzle; knitting attacks together and pulling defenders all over the place.