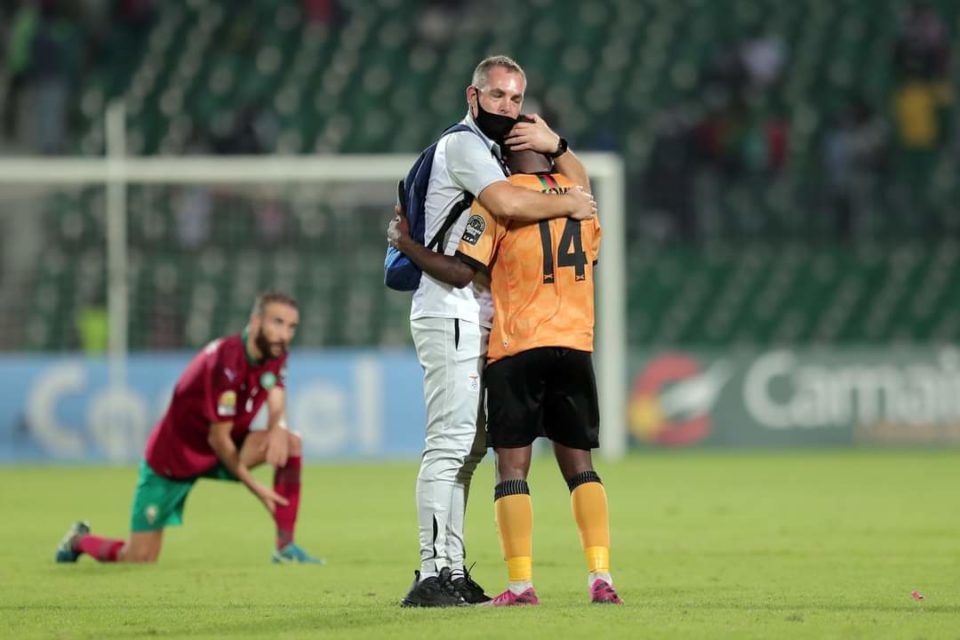 Chipolopolo coach Milutin ‘Micho’ Sredojevic says his players gave everything but were undone by a jittery first 10 minutes that led to two quick goals by Morocco and a red card for Zambia.

And Micho says some players have satisfied the standard to be part of the Chipolopolo Africa Cup of Nations qualifying squad that will face Algeria and Zimbabwe while others have failed the test and will be excluded from the March round of games.

Meanwhile, Micho says the game between Morocco and Zambia reflected the state of the leagues in the two countries.

In a post-match press conference after Zambia exited the African Nations Championship (CHAN) at the quarterfinal stage following a 3-1 loss to defending champions Morocco, Micho said it was not his place to moan about the Burundi referee’s decision in the match.

“Our players gave their best, however it is unacceptable in the first 10 minutes that we gave away advantage in a red card and two goals,” he said.
“I wanted to go all the way but realistically speaking despite stretching all human and sport limits I need to be sincere and accept that despite players giving everything, unfortunately, we could not reach beyond this stage. This is reality.”

He added: “We have played a very competitive team that has played a thousand of matches, sharing (together) these eleven players between them. We have come here to learn a lesson and we have learnt the hard way. You cannot against a very good team like Morocco, give them an advantage of the first 10 minutes, where we have not been there, the advantage of a through ball and we were working on that, knowing that through balls are one of the most dangerous aspects of their game. You are giving away the second goal from the set-piece and you are giving the player a red card. What else worse as a coach could you expect? After that you are going just to minimize the damage, resettling the team in the 3-4-2 formation in the second half.”

Micho said, “It is not easy with a player less against a technically sound and very competitive group of players of Morocco to play with a player less. It is hard to play 11 against 11, later on, 11-10, it has been a game of two halves, first half we lost 3-0 and the second half we won 1-0. I am happy that we gave everything but unfortunately but our best under the circumstances was not enough to get us a better result and that is the reality.”

Micho refused to be drawn into discussing key refereeing decisions that may have swung the match in the defending champions’ favour.

“I have never been an excuse maker to look elsewhere, I first look at myself and my players and not referee decisions. My reactions are human, you know we coaches are there on the line, and as a human being you see it your way, but I respect the decision of the referee from Burundi and also the fourth official from Burundi,” he said.
“Burundi is a refereeing powerhouse in Africa in a way and I need to respect that, I have nothing to say, it is not mine to speak about that, mine is to work with my players and to allow my players to push in the right time and place and to do the right things and not to look at the decisions and to hide behind them and to have an excuse. I am not an excuse maker.”

He also said the gulf between the two sides was partially reflected in the strength of the two leagues.

“You know that we have played against a team from a country where two teams Wydad and Raja Casablanca were in the semifinals of the CAF Champions League and whatsoever, this is a pure reflection of their football,” he said.
“It means that we need to work hard and rise above and be in the group stages of the Champions League and then on the Chan to expect beyond quarterfinal.”

Zambia went down in the first minute through a Soufiane Rahimi goal with Ali Bemammer adding another in the 8th minute while El Kaabi made it 3-0 from the penalty spot in the 39th minute. The Chipolopolo had Zachariah Chilongoshi red-carded in 20th minute summing up a difficult night with Moses Phiri scoring a face-saver in the 80th minute.