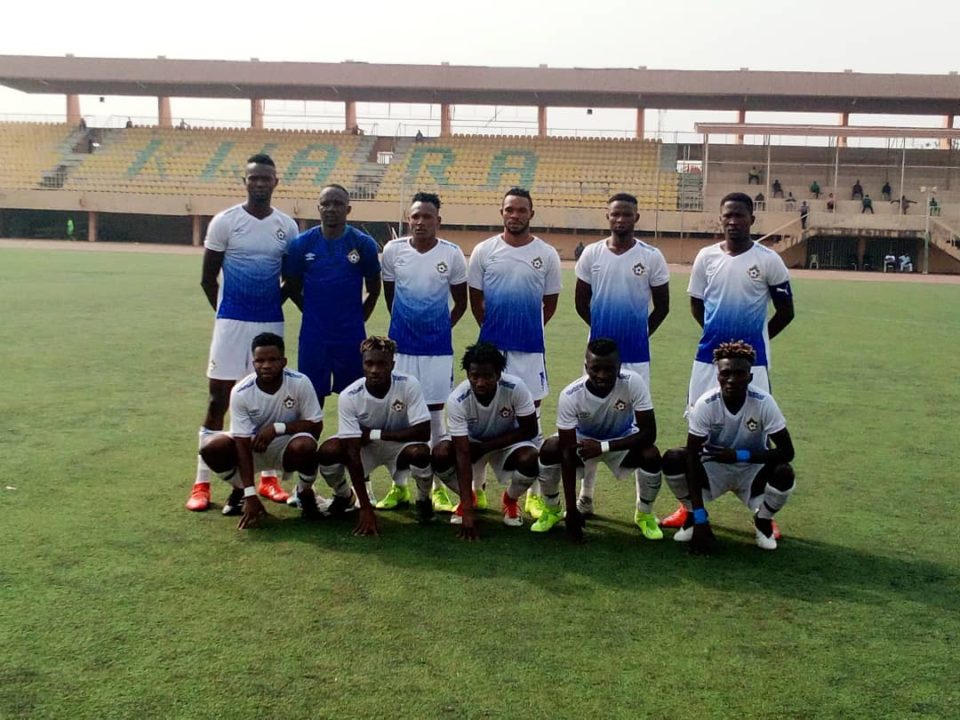 Kwara United on Wednesday afternoon continued with their impressive performance this term in the NPFL beating visiting Lobi Stars 2-1 in NPFL week 8 game.

But Biffo and his men labored in the last 10 minutes of this game as they allowed the visitors to express themselves thereby bringing Dele Aiyenugba’s clean sheet to an end.

Kwara United started this encounter impressively, and the Harmony Boys should have scored two goals in the opening twenty minutes considering the chances they got.

Jide Fatokun had a glorious chance which would have given Kwara United the lead in the 26th minute, but his effort was perfectly saved by goalkeeper Moses Ocheje.

United came out with full force in the second half, and they had to wait until the 59th minute when defender Lazarus John handled the ball while trying to guide Jide Fatokun’s header and it resulted in a penalty.

After netting the second goal, Kwara United were a little bit relaxed and allowed Samuel Tiza to score for Lobi Stars in the 80th minute.

Kabiru Dogo’s men tried all their best not to leave Ilorin with a defeat, but they were eventually condemned to a 2-1 defeat.

Biffo who is the gaffer of Kwara United praised his players for their performance stressing that there is room for improvement before the next game.

“I knew the match will be tough for us, but the good thing is that we got the three maximum points which is the most important thing for us and I must praise my players for the result,” Biffo explained.

Kwara United are now occupying third position on the NPFL table and the Harmony Boys will be traveling to Akure this weekend to face Sunshine Stars.