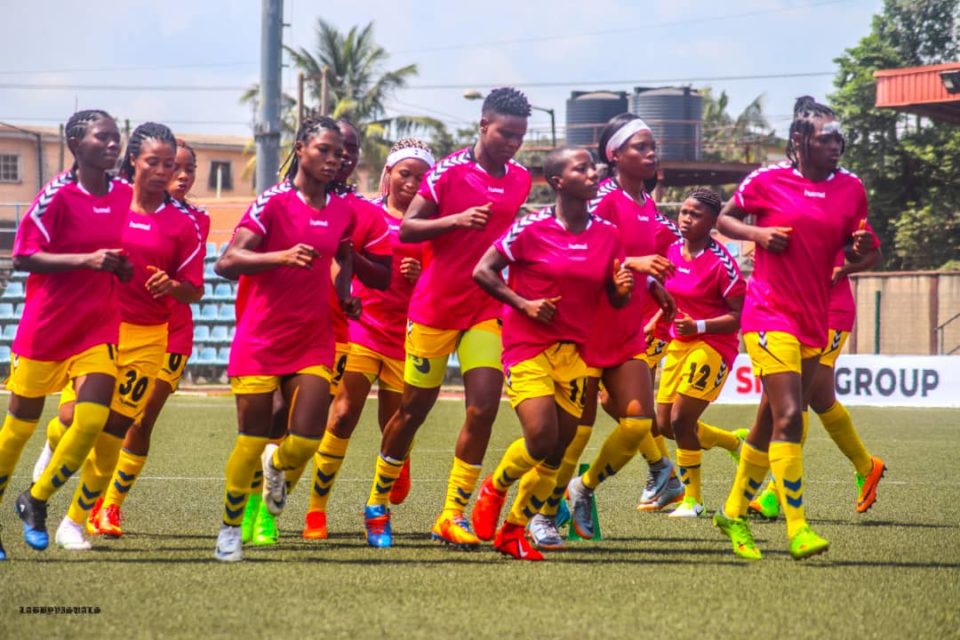 After a compulsory one month break to protect Nigerian Women Football League players and officials in the Premiership clubs from the dreaded Corona-Virus, action resumes again tomorrow, Wednesday, February 10, 2021, across the country in various designated venues, with Delta Queens hosting league leaders Bayelsa Queens in the undoubtedly match-of- the-week game at the Agbor Township Stadium, Delta State in a Week 5 cracker.

Delta Queens who are sixth on the league table with just six points from four matches will most likely face a difficult task against league leaders armed with 12 points after winning all four matches played so far at home and away grounds, scoring seven goals and conceding three goals with a ±4 goal difference.

Delta Queens despite playing at home, would have their hands full trying to stop the four scoring machines in Bayelsa Queens; Anjor Mary (2 goals), Joy Bokiri (1 goal), Reuben Charity (1goal), and Joy Jerry (2 goals) from wreaking any havoc on their team.

Bayelsa Queens Chief Coach, Ex-international, Moses Aduku, said his players are extra fit and are eager to increase and consolidate their lead on the league table when they battle against Delta Queens in Agbor, Wednesday afternoon.
“I have a scoring team and we won’t hesitate to score if the chances are created. We are on a mission as defending champions and we won’t allow Delta Queens detail our ambition. Our 2-1 victory against Confluence Queens in the Week 4 game will give us a boost against Delta Queens, despite playing on away ground.”

In as much as Bayelsa Queens are well motivated by their pole position in the table, Delta Queens from all indications won’t surrender as they are hosting Bayelsa on home ground.

The presence of current second-highest goal scorer in the league, Odubanjo Dominance, with three goals, one short of the four goals scored by top scorer, FC Robo Gift Monday, is enough boost for Delta Queens. Odubanjo is not alone, she will combine effectively with Ijinma Amarachi (2 goals), Agbulu Aghogho (1 goal) and Iyasere Gift (1goal) to get a good result for their team in Agbor.

Another game to watch out for in tomorrow’s Week 5 matches is that between the fourth-placed team, Edo Queens and former Champions, Nasarawa Amazons, who are yet to find their feet in this year’s league.
Edo Queens managed by RRowlandsonOdeh are yet to lose any game this season after winning two and drawing two games with 8 points.
Nasarawa Amazons, on 12th position with a meagre 3 points have lost three games and won one. With relegation threat dangling over them as they are just one step away from the relegation waters. Despite these awful results, the Chief coach, Christopher Danjuma, is optimistic that the team will bounce back in the straight league which would see 182 matches over 26 weeks.

The huge motivation given the Edo Queens by the state government will give them the extra push to put smiles on the faces of their very willing sponsors, especially on home ground.

Edo QQueen’scoach, RRowlandsonOdeh, said from the club based in Benin City, that; “Nasarawa Amazons are a strong team, but my girls will try very hard to record yet another home victory at the Samuel Ogbemudia Stadium, Benin City.”