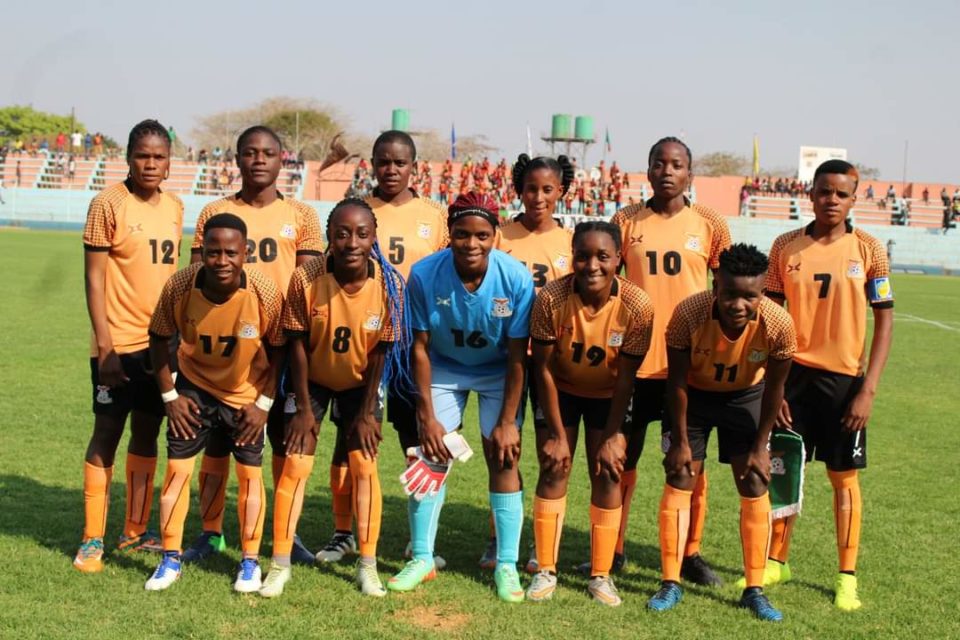 The Football Association of Zambia (FAZ)  has informed its membership and stakeholders that the Copper Queens outing to Turkey for an Eight-Nation Invitational Tournament has been cancelled following challenges posed by the Covid-19 situation. Members of the Zambia Senior Women National Team underwent some Covid-19 tests with the results putting the trip into jeopardy.
FAZ General Secretary Adrian Kashala says the trip has been put off on medical grounds but preparations for the Tokyo 2020 Olympic Games will continue.

“We have decided to withdraw participation from the Turkey Eight-Nation Invitational Tournament after having had encountered some medical challenges in our preparation for the tournament,” he says.
“It is not an easy decision to make but we always have to prioritize the health of the players and technical staff at all times.”

Kashala says FAZ had learnt lessons from the Chile outing for the Copper Queens that saw some players and staff endure prolonged isolation due to the Covid-19 pandemic.

The Tokyo 2020 Olympic bound Copper Queens were due to head to Antalya, Turkey this week where they were grouped with Equatorial Guinea, Nigeria, and Uzbekistan.

Coach Bruce Mwape had summoned 32 players including foreign-based players for the Turkey outing.

Meanwhile, the FAZ General Secretary has warned some clubs against allowing fans in stadia in breach of the ban by the Ministry of Sports.

“I also wish to sternly warn clubs that have been breaching the ban on fans imposed by the Ministry of Sport and FAZ sparked by increased Covid-19 cases in the country. Clubs should know that breaching the ban may attract a total ban on football activities by the authorities,” he says.

“FAZ will take drastic steps against erring clubs that may include suspension of games from some venues that disregard the ban.”
On January 9, 2021, government through the Ministry of Sport banned fans from stadia following a spike in Covid-19 cases.