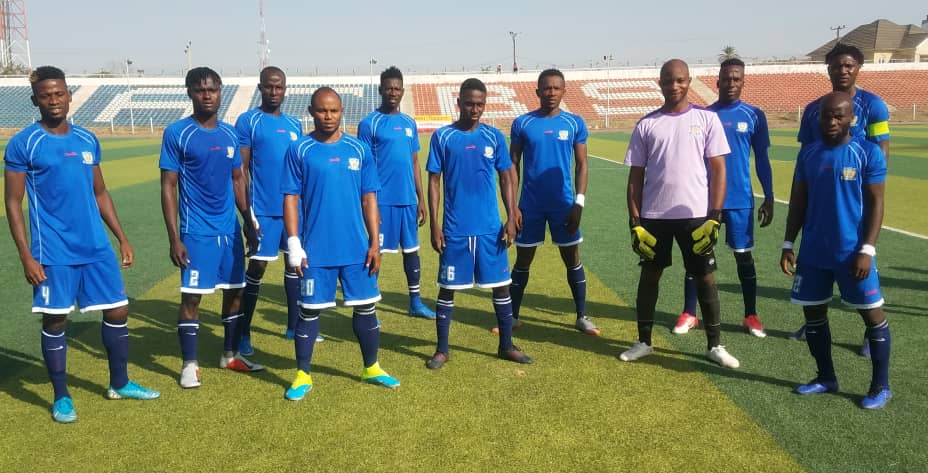 A plucky Sunshine Stars side battled Wikki Tourists FC to a barren stalemate in a matchday 10 contest at the Tafawa Balewa Stadium, Bauchi on Sunday.

The Owena Whales had the Elephants under the cosh for a larger swath of the opening half, however, could not capitalise decisively to punish their hosts.

Edoh Scheme was presented with the first real opportunity of the game, but the birthday boy chipped over in a one-on-one situation with the goalkeeper, Stanley Nwabali in the 9th minute.

Then six minutes later Ocheme chased down and dispossessed Nwabali, but he elected for an ill-timed pass to Sadeeq Yusuf instead of attempting to squeeze into an empty net from a tight angle.

After 25 minutes of play, Uche Okafor was finally called into real action with the former junior international pulling a brilliant save to deny the Elephants from point-blank.

Wikki were on the front foot in the final period but were repelled repeatedly by the combined efforts of Okafor and a well organised Sunshine Stars’ backline marshalled by Tope Akande.

In one of the stands out moments, Okafor tipped over from an Abalogu’s pile-driver nine minutes from time and was on hand again five minutes later to deny the hosts from a well-taken free-kick.

With the game heading for a draw, Sunshine Stars had the chance to snatch all points in added time when Samuel Agba broke away on the break, however, his square ball to Yusuf was agonisingly intercepted by Nwabili.

At the post-match presser, Coach Gbenga Ogunbote of Sunshine Stars appeared to see the result as a cup half-full following back-to-back losses in his side’s previous matches.

_”The draw is more important to us at this moment in time; we have lost two (on the bounce) and we were condemned to get point here so that we can just bring back the morale of the players._

_”We are condemned to win at home to consolidate on this point. We have lost about five points at home and it’s not good for a team that wants to make an impact, but be it as it may, the league is not going to be won in February. We still have about 28 games to play to determine who get what.”_

Sunshine Stars now have a draw and two victories in their last three visits to the Northeast to face Wikki Tourists.

The Akure landlords climbed up two places to 8th on the log and will next host Heartland on matchday 11.