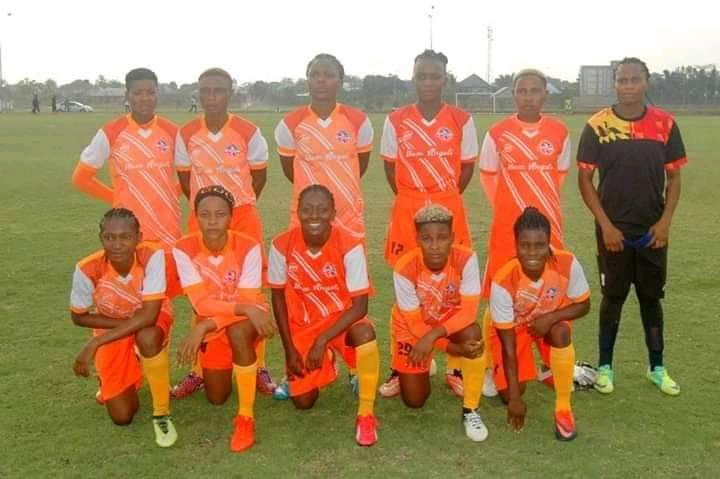 The Nigeria Women Football League has announced a one million naira (N1,000,000,00) fine for NWFL Premiership club, Ibom Angels Football Club of Uyo, and a one year suspension of one of the club’s fans who assaulted the Centre Referee after the Week 5 game played at the Godswill Akpabio Stadium Training Pitch, Uyo, Akwa Ibom.

The NWFL Secretariat in a letter signed by the Chief Operating Officer, Modupe Shabi, stated that: “We are in receipt of match reports from the Match Commissioner and the Centre Referee of the match number 33 between Ibom Angels FC and Rivers Angels.

“The match reports stated that one of Ibom Angels FC fans breached security and made contact with the centre referee by grabbing her short immediately after the blast of the final whistle before the prompt intervention of security personnel on duty at the match.”

The Chairperson of the Nigeria Women Football League, Aisha Falode, said from her base in Lagos, that, it is the believe of the league that this will serve as a deterrent to the club and a warning to all participating clubs that the league have zero tolerance for violence.