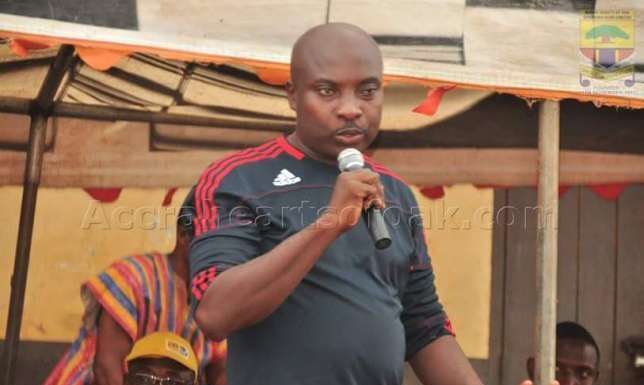 Hearts of Oak Communications Director Kwame Opare Addo has debunked reports in the media over the appointment of Laryea Kingson as interim coach.

Reports went rife in the local media that former Ghana International Laryea Kingson will take charge of the team ahead of this weekend’s Ghana Premier League game against Ebusua Dwarfs.

Laryea together with his senior brother Richard Kingston, a former Black Stars goalkeeper were to lead the technical team, according to the report.

Opare Addo has denied those reports stating that Hearts U-15 coach Nii Noi will lead the team as the interim coach for the period.

“It’s not true we have appointed Laryea Kingston as an interim coach of Accra Hearts Of Oak”, he told Ghana-Accra Base   Radio Station Vision 1 FM

“Mr Nii Noi trained with the team and will play the Dwarfs game but we are looking forward to appointing a new Head coach soon”, he added.

Hearts of Oak face a tough test against Ebusua Dwarfs on matchday 15 of the 2020/21 Ghana Premier League.

The Phobians host Ebusua Dwarfs at the Accra Sports Stadium.