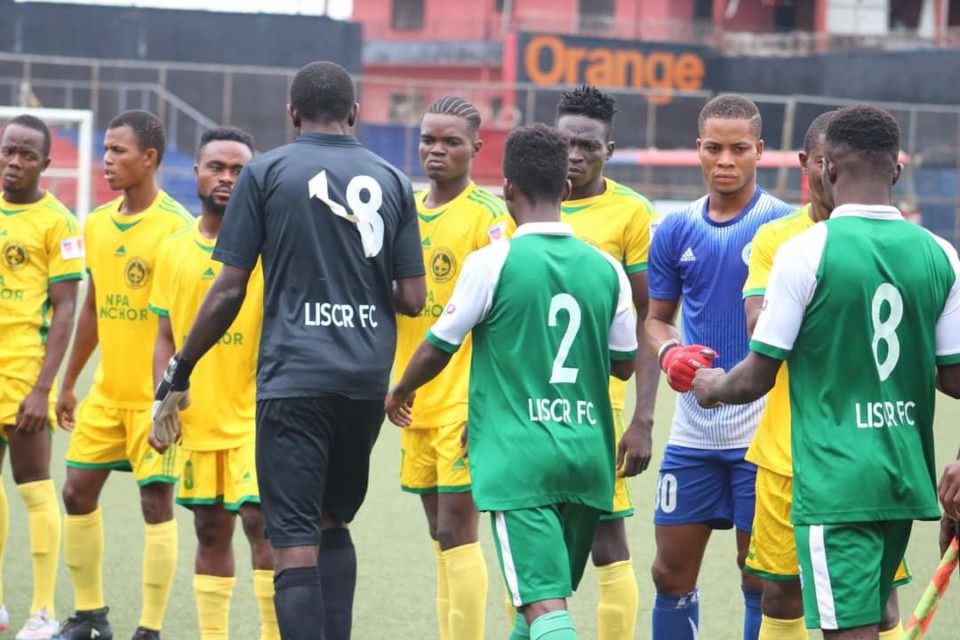 The Orange first division phase one ends at five venues in four counties on 21 February.

The Ton Pea Boys have 21 points, nine more than the Port Boys.

Defending champions LPRC Oilers, who are a point adrift, can take advantage of any slip-up by the leaders, with victory over second from bottom Nimba FC at 4:00PM at the Antoinette Tubman Stadium (ATS).

Freeport FC and Nimba United, who defeated champions Oilers 2-0, will look for a second successive win when they square-off at 2:00PM at the ATS.

Third-placed LISCR FC, who are three points adrift of Kwado, can continue coach Tapha Manneh’s birthday party with a victory over Monrovia Club Breweries at 3:30PM at the Nancy Doe Stadium in Kakata, Margibi.

Manneh gave his players US$100 following a 3-1 win over Kwado in Sanniquellie on St. Valentine’s Day and was gifted a 2-1 win over NPA Anchors on his birthday at the ATS on 17 February.

Bea Mountain can make it three wins in a row when they welcome Mighty Barrolle, who forced Nimba FC to a 1-1 draw in Kakata on 17 February, at 3:30PM to Kinjor, Grand Cape Mount County.

And will Watanga FC finally “recalibrate” their run of poor results?

Head coach Matthew Julutweh and team are yet to win since a 3-3 draw with the Port Boys on 6 December 2020 in Kakata.

They launched a recalibration strategy against Oilers but were held to a 1-1 draw on St. Valentine’s Day and lost 2-0 to Freeport three days later.

They will have another opportunity against bottom-placed Small Town at 3:30PM at the George Weah technical center in Careysburg.