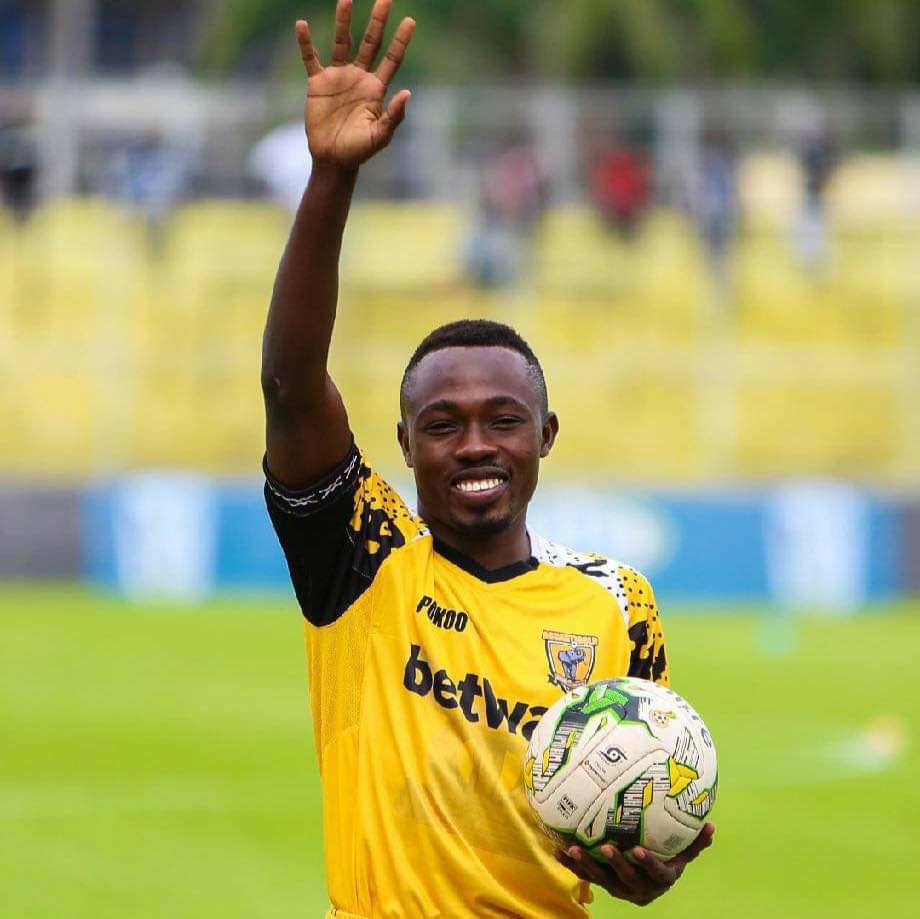 David Abagna starred for AshGold on Friday as he scored a brace to help his side record a 4-0 win against two-time champions Aduana Stars to end their six game winless run.

The Miners had gone six matches without a win, picking only three points from a possible 18. They drew with Medeama SC and Kotoko before losing to Legon Cities, Ebusua Dwarfs and Liberty Professionals.

AshGold drew the first blood in the 27th minute through Frank Akoto as he converted from the spot following a handball incident inside the box.

The Miners led the game 2-0 at half time.

Aduana Stars lifted up their game in the second half with Coach Fabin bringing on Samuel Bio and Pius Asante Yeboah. The changes gave them the impetus to push forward and Kwadwo Amoako made a timely goal line clearance in the 57th minute to deny Aduana a goal.

David Abagna scored the third goal for AshGold in the 64th minute as he headed home a delicious cross from Jacob Apau.

Abagna grabbed his second goal of the game to increase the tally for the Miners as he put away a great ball from Frank Akoto.

The win will move them to 6th place in the league standings.